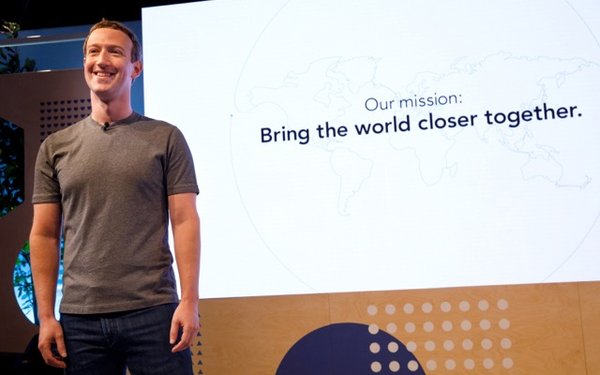 When company CEOs make big statements about change in mission my skeptical journalistic brain kicks in. Is this a PR move, or a change to address advertiser pressure, or something more deeply held and profound?

For Facebook CEO Mark Zuckerberg, the changes he and the Facebook team are implementing could be missed in the massive noise of Internet pronouncements.

But that would be a mistake.

Fakebook is already a powerful global force. It’s grown and evolved, and perhaps most importantly it’s been ahead of the curve on a number of critically important shifts. Facebook shifted to a mobile-first strategy early and embraced an app environment when the Web was still browser-driven on mobile.

Zuckerberg was first, and he was right. Again, as the shift to visual storytelling took hold, Zuckerberg acquired Instagram -- understanding that for a new generation, picture-sharing was the new face of social storytelling.

And as live video moves to the forefront of the connected world, Facebook has again been first, and fast, to launch and evolve its offering.

So, when Zuckerberg says “community," those of us who want to see around corners are thinking deeply about what he saw that drove this change, and what it means for both social media and marketers alike.

First, let’s set the stage. Facebook is 13 years old, with almost 2 billion users worldwide. Mark Zuckerberg is 33 years old. He and his wife Priscilla Chan have a young daughter, just a year and a half old, and are now expecting their second daughter. He’s a young man, a father and a husband, and keenly aware of the power and purpose that Facebook has in an increasingly digital world.

"To keep our society moving forward, we have a generational challenge: to not only create new jobs, but create a renewed sense of purpose,” he told the graduating class at Harvard this year (without avoiding the irony that he was a commencement speaker at the institution that he quit to start Facebook).

Then he proposed a mission, what he called generation-defining public works:

"How about stopping climate change before we destroy the planet, and getting millions of people involved manufacturing and installing solar panels?”

"How about curing all diseases and asking volunteers to track their health data and share their genomes?"

He went on: "We should explore ideas like universal basic income to give everyone a cushion to try new things.”

And then, he began to lay out where community fits into his plan. "Purpose doesn’t only come from work. The third way we can create a sense of purpose for everyone is by building community. And when our generation says 'everyone,' we mean everyone in the world."

So, just in case you don’t think that Mark Zuckerberg is thinking seriously and deeply about what the Facebook platform is primed to accomplish, read his entire Harvard commencement address here.

Last week, Facebook took those big ideas about the world and our connections in it to the next level, with the goal to change the basic narrative around online behavior -- from fake news and the relentless images of violence and hateful rhetoric to something very different.

"We want to help 1 billion people join meaningful communities," said Zuckerberg. That "will strengthen the social fabric [and] bring the world closer together."

Watching the Communities Summit, you can’t help but feel that this is more than marketing -- it’s an important evolution, an understanding of just how much the Internet connects the world. Without human connections, that connectivity is little more than efficiencies without humanity.

For marketers, governments, and humans, the world and the Web are poised to make global more local.

Zuckerberg’s goal is to have 1 billion people join “meaningful” communities, replacing proximity and friendship with gatherings of shared interests.

One can’t help but be inspired by the passion driving this change. And frankly, the alternative -- where we return to geographic tribes and close ourselves off from the world -- seems fraught with terrible consequences.

I’m on board. Let's find communities we can join together.