Playtex Hops Aboard The Body-Positivity Train 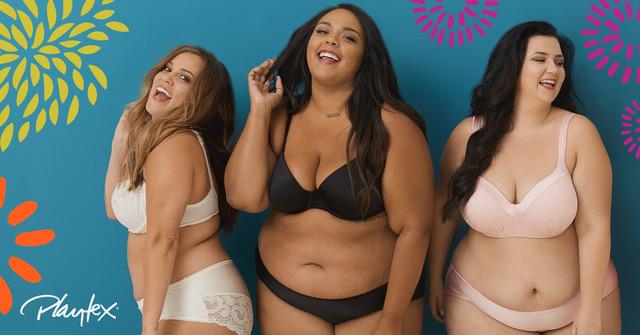 To introduce an all-new Love My Curves collection, Playtex is joining the say-something-nice school of social media with a campaign called #PlaytexPositivity.

The push for the plus-size lingerie line stars fashion bloggers known for body-positivity, and urges women to make complimenting others a daily habit. The company says it’s basing the effort on research that finds 78% of women say they are more apt to say nice things about other women when they feel good about themselves.

Working with Frank About Women, a MullenLowe-owned agency based in Winston-Salem, N.C., it surveyed some 500 women, 23 and older, to understand how they prefer to interact with everyone from their closest circle to distant Facebook friends, and found that “positivity as a currency is highly valued in the social space,” with women over 40 the most likely to hand out compliments, and 86% saying they believe the need to provide positive feedback is more important than ever. And 91% say a compliment is enough to transform their day.

Led by brands like Dove, Secret and Always, social media is already crowded with such kindnesses, as well as all those body-bashing trolls. But the Playtex launch, which includes a brand video, comes at a time when the bra market is going crazy. Fashion trends are sparking upheavals, with the soaring popularity of the athleisure-inspired bralette undercutting sales of conventional bras. And new players, many focused on female-defined fit standards, have shown that market share is up for grabs.

Apparel giant Hanes, which owns Playtex as well as such brands as Maidenform and Bali, says it is slowing the declines in its innerwear. In quarterly results earlier this month, the Winston-Salem, N.C.-based company says sales fell just 3% in the second quarter, compared with 6% in the first quarter, and 8% in the fourth quarter of 2016.