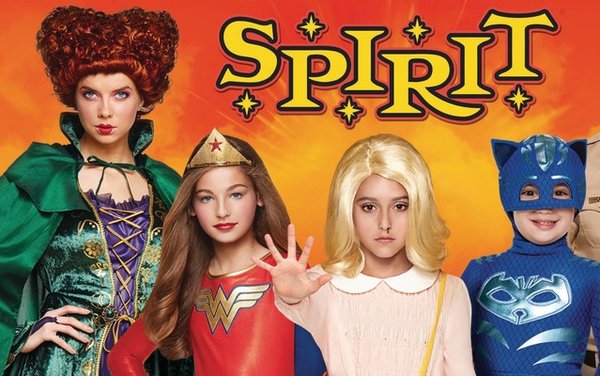 Time to sharpen up the ole’ jack-o-lantern tools: Halloween is barreling right around the retail corner. Spirit Halloween, at its 1,300 seasonal stores, is pushing costumes that range from the kid-tastic, like plenty of Wonder Woman variations; the supernatural (expect plenty of kids dressed like Stranger Thing’s Eleven to ring the bell), and cult-like, including plenty of variations on Steam Punk fashion.

Other costumes are straight out of cult-classic 1993 Hocus Pocus, and the retailer expects to see Millennials showing an increased interest in all things ’90s, including Baywatch babes, Space Jam all-stars and Saved by the Bell jocks.

It’s also stocking up on the usual gag items, like poop inflatables and Trump masks. And for little ’uns, it expects to sell plenty of cartoon-themed costumes. (Paw Patrol, Rusty Rivets, Blaze and Shimmer & Shine are all among the popular inspirations.)

Walmart is going wild with its Maskimals, the giant head gear that makes the rest of the look easy to figure out. Among the flashiest? The panda, rabbit, shark, T-rex, sloth and the bulldog. (There are plenty of half-masks, too, for the claustrophobic.) And it’s also selling a larger-than-usual selection of personalized gifts, including doormats, candy-hauling totes and princess sashes.

Target is getting ready too, with a costume lineup featuring Lego Batman, plenty of Beauty & The Beast outfits, and the requisite pirates, zombies, withes and ninjas. It’s also partnered up for exclusive candy, including M&Ms Cookies & Screeem, Reese’s Bats and SweeTarts Skulls & Bones.