Tullamore Offers DNA Kits As It Toasts 'Beauty of Blend' 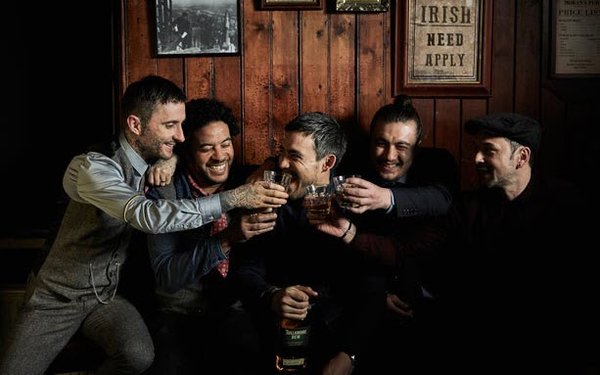 With DNA testing having become as trendy as Snapchat, it was probably inevitable that it would sooner rather than later be used as a brand engagement device.

Tullamore D.E.W. and Opperman Weiss — the New York agency that created the brand’s beautiful two-minute video “A Parting Glass” — are leading the pack, by partnering with MyHeritage DNA to create Tullamore-branded, limited-edition DNA kits. The kits will be distributed through a gifting program and Tullamore’s social media channels in the coming months.

Why? The novel promotion is part of the brand’s new “Beauty of Blend” campaign, celebrating the spirit brand’s blend of three Irish whiskies — pot still, malt and grain — along with “the blending of cultures and ideas throughout history.”

The DNA kits will offer whiskey fans the opportunity to unlock the beauty of the individual genetic/ethnic blends that make them unique, explains Tullamore, which reports that 99.7% of people in MyHeritage DNA’s global database have multiple ethnicities within their makeup.

“There are numerous examples in the worlds of food, music and beyond where something beautiful has been created because of the blending of different cultures or ideas, and we think that is worth celebrating,” said Tullamore D.E.W. global brand director Caspar MacRae. “’The Beauty of Blend’ celebrates our belief in the spirit of blend — from the original triple blend in our Irish whiskey to the blending of cultures, rooted in our historic association with Irish emigrants around the world.”

The campaign — which strikes a timely theme indeed, given the issues surrounding immigration in the U.S. and elsewhere around the world — is launching with two short films.

In one, “No Irish Need Apply,” a bartender with an Irish accent  alludes to that statement, common in employment ads in America during the mid to late 19th century and beyond. He then goes on to note that Irish immigrants were instrumental in building the country’s bridges and skyscrapers, and “bled with your sons.” Blend “is the backbone of this place,” he adds. “We were all ‘them’ once…and now we’re just ‘us.’”

In “Danny Boy” (below), the bartender — named Danny — is serenaded with the iconic Irish ballad by a multi-ethnic group that includes his wife and several friends.

Both videos can also be viewed on Tullamore’s YouTube channel.