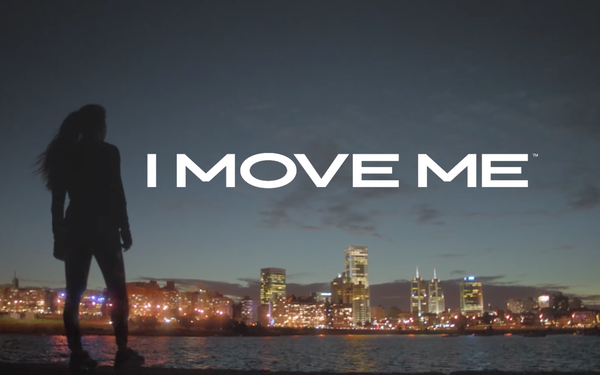 ASICS, the Japanese high-end running shoe company that is based on the idea that a sound body leads to a sound mind, is introducing a new campaign celebrating the joy of movement.

Themed “I move me,” the repositioning effort kicks off with a TV spot called “Wake Up”, which follows a woman on her early morning run, as her energy lights up the city — and other athletes — all around her.

“There’s no such thing as a bad run or a bad spin class,” says Karl Dunn, director of brand innovation at Saatchi & Saatchi, which recently won the account. “You always feel better after you do it. We wanted to show what that feels like.”

Dunn says the idea came from his own early morning bike rides, and that it’s a different kind of a sell for a high-end running shoe, known primarily for its scientific engineering and solid performance. “Competitors like Nike, Adidas and Under Armour all do great work, but they focus on some external result,” he tells Marketing Daily. “We didn’t want to do that.”

The 70-year-old brand was a pioneer in the mind-body-spirit movement. (ASICS stands for Anima Sana in Corpore Sano, which is Latin for Sound Mind, Sound Body.) “That is especially meaningful to Millennials,” he says, “who tell us they are less interested in performance and competition and more about moving, just because it makes them feel better. We don’t look at people as competitive,” he says. “We see people who are moving, and people we’d like to help get moving.”

The new campaign comes as running shoe sales continue to limp along, with the NPD Group reporting a decline in the high single digits in the most recent quarter, and most brands trending negatively, says Matt Powell, vice president and industry analyst at NPD. “There was a point when people wore these shoes for fashion, not just running. But since that stopped back in 2013, the category has been challenged.”

Dunn says the new campaign is running in all its regions. And while it will be serviced mostly out of its Los Angeles and Tokyo offices, local Saatchi agencies will work to develop their own executions.  “We’re just getting started,” he says. “I can’t wait to see what this looks like in five years.