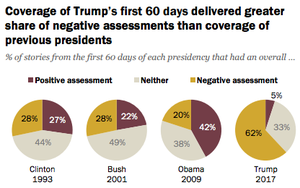 Press coverage of Donald J. Trump’s first 60 days in office had a clear negative bias vs. the first 60 days of coverage of other U.S. presidents, but that doesn’t mean it was inaccurate, according to a report released Monday by the Pew Research Center.

The report, “Covering President Trump in a Polarized Media Environment,” estimates nearly two-thirds (62%) of Trump’s first 60 days was negative. That’s nearly three times the level of negative news coverage skews for other recent presidents and compares with only 20% negative for Barack Obama, and 28% each for George W. Bush’s and Bill Clinton’s first 60 days in office.

Despite the disproportionately negative skew, it doesn’t mean it was inaccurate. In fact, the Pew analysis finds that the news media outlets that have been most negative about Trump’s presidency -- so-called “left-leaning” news outlets -- were generally more thoroughly sourced than “right-leaning” and neutral-leaning news outlets. 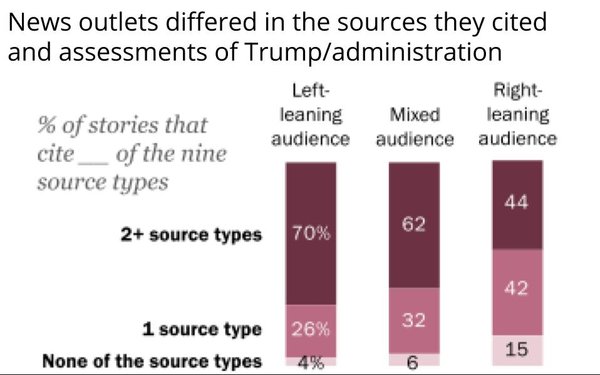