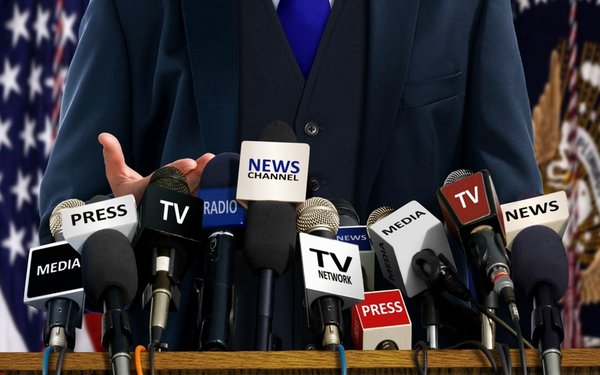 Despite President Trump’s repeated attacks on the news media, Americans are growing increasingly confident in the press, according to a recent Reuters/Ipsos poll.

Forty-eight percent of the more than 14,300 adults polled said they had a “great deal” or “some” confidence in the press in September, up from 39% last November.

The percentage of those who said they had “hardly any” confidence in the press dropped to 45%, from 51% over the same period.

Ironically, confidence in President Trump himself, who called the media industry the “enemy of the American people,” has fallen. In late January, Reuters/Ipsos found that 52% of Americans had a “great deal” or “some” confidence in the new president’s executive branch.

“What you’re seeing now is a gradual recognition of the importance of the press,” Martha Kumar, a presidential historian who has worked with White House transition teams for former President Barack Obama and 2008 Republican presidential nominee Senator John McCain, told Reuters.

She added that this polarizing era in American politics has also helped fuel readers’ confidence in the press. They are turning to news outlets that share their perspective. “They’re not all watching and reading the same things,” she said. “They’re gravitating toward organizations they trust.”

Reuters/Ipsos’ recent poll reflects a trend deemed the “Trump bump.” When President Trump takes to Twitter to label a news site as “failing,” web traffic increases — and subscriptions to that outlet surge.

In January, media analytics firm Jumpshot looked at the traffic of 12 Trump-proclaimed "failing” news sites over the last year and found that readership increased with an average growth of 23%, compared to the previous year.