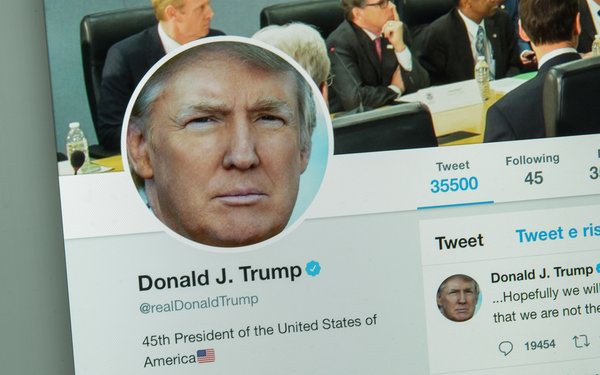 Federal judges lack authority to order President Donald Trump to unblock people who criticize him on Twitter, the Department of Justice argues in new court papers.

"It would flout the separation of powers for the Court to issue an order limiting the President’s discretion in managing his Twitter account," the DOJ says in a motion asking U.S. District Court Judge Naomi Reice Buchwald in New York to throw out a lawsuit brought by a group of people who were blocked by Trump on Twitter.

The DOJ's arguments come in response to a lawsuit filed in July seven blocked Twitter users and Columbia University's Knight First Amendment Institute. The lawsuit alleges that their free speech rights were violated by the Twitter blocks.

Twitter users who are blocked from Trump's account can't view the tweets or replies while logged in. But if those users sign out of Twitter, they may still be able to view the posts. Blocked users are also restricted from commenting in some threads -- although there are workarounds.

The blocked users allege that Trump's Twitter account is a "public forum," meaning it's comparable to city streets or public parks -- locales where the government can't censor speech based on people's views.

In addition to Trump, the users are also suing Director of Social Media Daniel Scavino and former White House Press Secretary Sean Spicer. The users are asking Buchwald to declare the blocks unconstitutional, and to order the White House to unblock them.

The DOJ says it's entitled to summary judgment for several reasons. Among them, DOJ contends that courts lack the authority to order the president to engage in "discretionary" conduct.

The DOJ also says Trump's Twitter account, which he created in 2009, while still a private citizen, isn't a public forum, but a channel for him to express his views.

"To conclude that the President’s own account is a public forum for private speech merely because other users may post tweets replying to him would transform any public appearance by a government official into a public forum on government property, and thereby subject the official’s choices to a prohibition on viewpoint-based distinctions," the DOJ says. "If that were the case, then a congressman would be prohibited from pre-screening questions at a symposium hosted by a non-profit."

Questions about whether these blocks violate the constitution have not been definitively resolved by the appellate courts. But this summer, a federal district court judge ruled that a local official in Virginia violated a resident's First Amendment rights by briefly blocking him on Facebook.