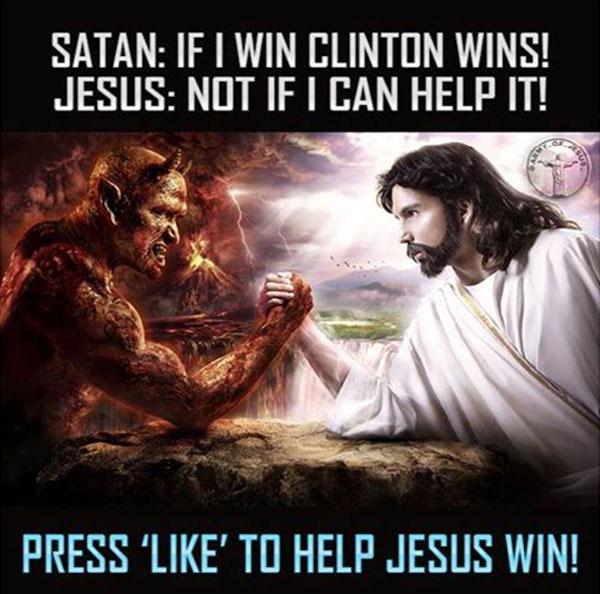 Another read: "Kick Sharia out of America!"

A third suggested that the policies of Clinton and former President Barack Obama were responsible for "rapists, drug dealers, human traffickers, and others" illegally crossing the border.

Those were among at least 3,000 ads linked to Russian accounts that ran on Facebook during the last election cycle. Democrats on the House Intelligence Committee released a sample of those ads Wednesday afternoon at a hearing about the role tech companies played in spreading Russian propaganda during last election.

Some of the ads released Wednesday obviously favored particular candidates; of those, many favored Donald Trump. One ad, by the purported group "Army of Jesus," said: "Today Americans are able to elect a president with godly moral principles. Hillary is a Satan, and her crimes and lies had proved just how evil she is."

Others sought to spread particular views. For instance, some of the Russian ads that purported to be from a Facebook group called "Stop AI," standing for "Stop All Invaders," carried anti-Muslim messages.

"'Religious' face coverings are putting American people at huge risk!," one of those ads read. "We must not sacrifice national security to satisfy the demands of minorities. All face covering should be banned in every state across America!"

Facebook said this week that material from the Russian campaign may have been seen by 146 million users.