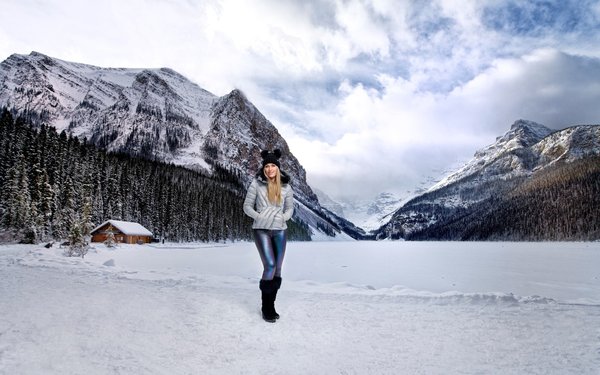 Just weeks after announcing its first sales drop and the hasty exit of both chief marketing officer and the head of its women division, Under Armour is unveiling the Lindsey Vonn Signature Collection.

Under Armour is presenting the new six-item line, which comes as the skier gets ready to compete in Pyeongchang 2018 Olympics in South Korea in February, as both active and resort wear. Each piece is named after an important moment in the 32-year-old’s storied career. There’s a Maribor Jacket, for example, a bomber style named for her 2013 run in Slovenia, and a Louise Jacket, named after a place where she’s won so often, it’s been nicknamed Lake Lindsey. (She’s been on the podium there 25 times.)

The clothing is available for preorder now, and expected to go on sale early next year.

Under Armour signed Vonn way back in 2006, and she figures prominently in its latest Unlike Any campaign, meant to woo young women away from brands like Lululemon, Nike and Adidas. The campaign, created by Droga 5, revolves around original poetry and stunning visuals, and Under Armour launched it great fanfare over the summer. But it failed to motivate women to shop, and the Baltimore-based company, which has repeatedly said it sees growth in its $1 billion women’s business as key to its strategy, reported an 8% quarterly decrease in apparel sales last month, with declines steepest in the women’s, youth and outdoor categories.

Just before announcing the results, which it called disappointing, it said CMO Andrew Donkin, who had joined the year before from Amazon, and Pamela Catlett, senior vice president and general manager of Under Armour’s women’s and youth categories, who had come to Under Armour from Nike, were leaving.