'Guardian US' Taps Mulholland As Editor 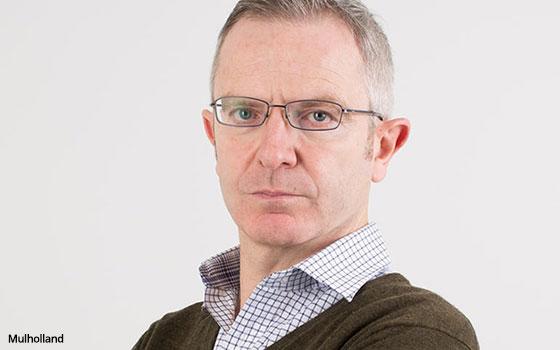 John Mulholland, editor of the British Sunday newspaper The Observer, is the next editor of Guardian US.

Mulholland has been serving as interim editor of Guardian US since this summer, when Glendinning went on maternity leave. She returns from next spring, when all three appointments will go into effect.

The Observer, the Guardian and Guardian US are all owned by Guardian News & Media.

Mulholland has been editor of The Observer since 2008. He joined the paper as deputy editor in 1998.

“Editing The Observer has been a dream job for the last 10 years, and it’s of course hard to leave the fiercely talented, loyal and good humored Observer team, who I will watch with great fondness from afar,” Mulholland stated.

A new Observer editor will be appointed in early 2018.

Glendinning was promoted from deputy editor to editor of Guardian US in June 2015. She has held senior roles at the Guardian in the UK, US and her native Australia, where she helped launch Guardian Australia in 2013.

“Leading Guardian US has been an immense privilege in a period of huge political and social turmoil. We have established a distinctive voice and brand for the Guardian in the US, with millions of loyal readers. Reader relationships are crucial to the Guardian’s future,” Glendinning stated.

Last year, Guardian US began asking its readers in a blurb beneath most articles to sign up for a membership or contribute any amount to the site in a one-time payment. (Guardian US does not have a paywall.) These programs now account for a “significant” portion of Guardian US’ revenue.

Under Hanman’s leadership, the UK-based Guardian gained 12,000 members in two years and 800,000+ supporters.