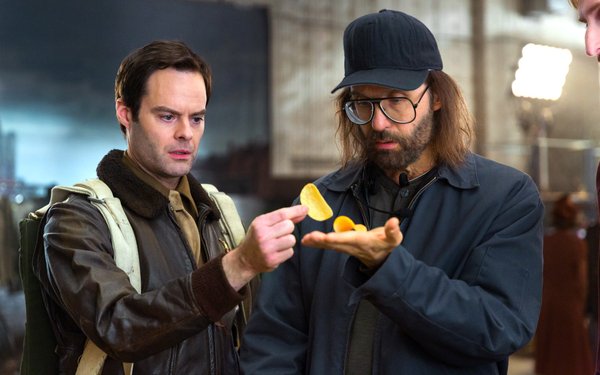 The Kellogg Company released the creative this morning (below), after announcing the brand’s initial Big Game outing last week.

The :30 spot, which will air during the game’s second quarter, also stars and was directed by Rhys Thomas.

The Pringles ad, called “Wow,” shows Hader, Thomas and others on a filming set discovering that because of the chips’ shape, Pringles of various flavors — like bacon, loaded baked potato and jalapeño— can be stacked together to create numerous new flavor combinations (approximately 267,720, according to the brand). The new snacking activity is dubbed “flavor stacking.”

The ad kicks off Pringles’s “Flavor Stacking” campaign, from Grey New York, the brand’s agency of record. The campaign, which also includes digital and social media and public relations, will run through 2018.
The Kellogg Company acquired Pringles from Procter and Gamble in 2012.