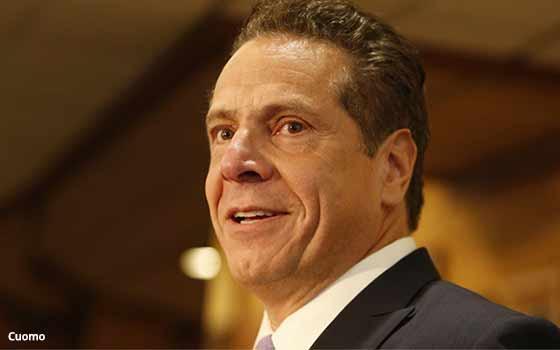 Broadband companies that want to do business with state agencies in New York will have to abide by some key net neutrality rules, under an order signed Wednesday by New York Governor Andrew Cuomo.

With the move, New York joins the state of Montana in using the power to enter into contracts as a mechanism to guarantee net neutrality.

Cuomo's order comes six weeks after the Federal Communications Commission voted to repeal a set of net neutrality rules passed in 2015. Those rules also prohibited carriers from blocking or throttling material, and from charging higher fees for prioritized delivery.

"The FCC's dangerous ruling goes against the core values of our democracy, and New York will do everything in our power to protect net neutrality and the free exchange of ideas," Cuomo stated Wednesday. AT&T, Verizon and Frontier are among the carriers that reportedly currently have contracts with the state.

But it's not yet clear whether courts will uphold the FCC's recent order -- including the provision that blocks state laws. Already, 22 attorneys general, along with consumer groups and Mozilla, have challenged the FCC's order.

Some observers say that the executive orders signed in Montana and New York may stand up against a challenge, even if courts uphold other portions of the FCC's recent move.

Other states including California, Nebraska, Washington and Massachusetts are considering passing their own net neutrality legislation.