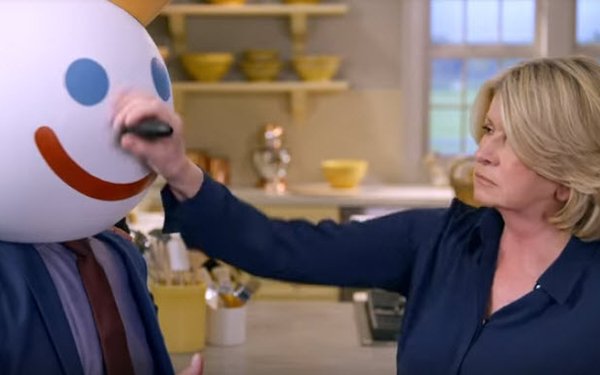 In a :60 Big Game spot dubbed “Showdown” (below), the mascot barges onto the set as Stewart is taping a show, after hearing her declare, “You’d never find a quality Banh Mi-inspired chicken sandwich like this at a fast-food restaurant.”

The brand is promising that the feud will continue after the game, on social media, at #JackVsMartha, with the two exchanging words, videos, gifs, and “even giving out each other’s personal phone numbers.”

The brand is already “leaking” excerpts from the exchange on social media, as well as employing a :15-second teaser for the Stewart ad.

The campaign will also include partnerships with Buzzfeed and Funny or Die and, in conjunction with media partner Carat, tests of :06-second ads on a regional level.