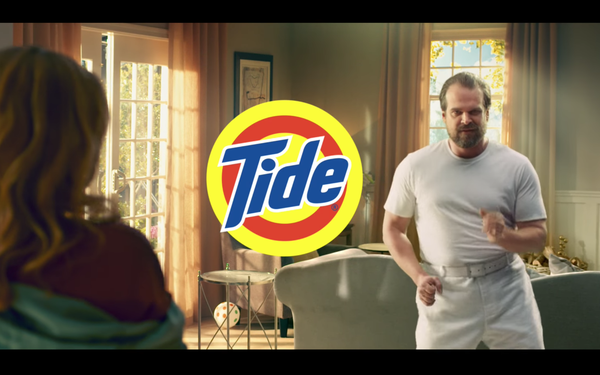 Except for heartbroken New England Patriot fans, Super Bowl LII delivered in all the ways that mattered: A close match-up, a feel-good half-time show, and commercials that mostly played the audience for laughs.

An early read on how America responded to the ads indicates that Amazon, with its star-studded take on Alexa’s laryngitis crisis; Pepsi, which hauled celebs like Cindy Crawford and Britney Spears out of mothballs, and Tide’s wacky take-over of just about every ad ever, were among the night’s big winners.

“Tide cleaned up,” says Jonathan David Lewis, vice president of McKee Wallwork & Co., an ad agency in Albuquerque, N.M., that organizes the annual Ad Bowl, an online voting competition. “This was kind of the meta bowl, with Tide hijacking everybody else’s commercial. It was brilliant, and you could see how well people responded by the way conversations exploded on Twitter.”

Amazon’s Alexa ad, Budweiser’s feel-good spot about providing water for those affected by natural disasters, and Bud Light’s ongoing “Dilly Dilly” spots were all popular, as measured by number of views in the days leading up to the game, as well as during the game itself.

“There was also a noticeable increase in virtue signaling this year,” he tells Marketing Daily, “with ads honoring first responders, for example, and a broader set of social issues.”

In terms of social-media impact, Brandwatch reports that Pepsi, Doritos, Ram, Tide and Mountain Dew were the evening’s most-mentioned brands,

But not all buzz is good buzz, and Brandwatch analyzed both positive and negative mentions. Much of the conversation about the Ram ad, based on Martin Luther King Jr.’s speech, was largely thumbs down. Brandwatch scored Ram’s conversations as 50.6% negative, but adds that many of the mentions are “riddled with irony, sarcasm and outrage as many people are unhappy with how the company used Martin Luther King Jr.’s words to “sell trucks.” Due to this, it is fair to say that Ram’s conversation is far more negative than the 50.6%.

The Scientology ad sparked the most negative conversation, at 60%.

And among major brands, Diet Coke, whose ad stars an unabashedly awkward Hayley Magnus in a mango-motivated dance, was one of the night’s worst performers. It got negative mentions at a rate of 55.1%, all directed at the ad itself.