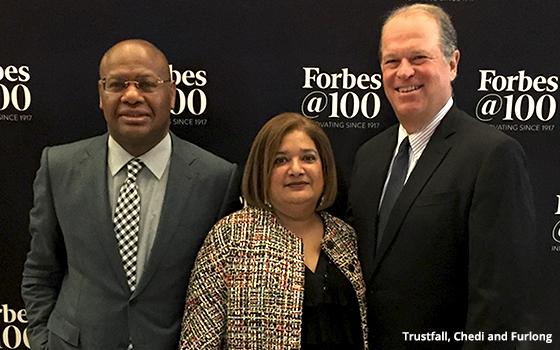 Paul Trustfull, who previously served as editor of Forbes Afrique, will serve as editor-in-chief of both Forbes Benelux and Forbes Monaco.

Both international editions will have print and online publications.

Forbes Monaco will publish bimonthly in English and is scheduled to launch in June 2018.

Events and conferences by Forbes Monaco will soon follow.

Forbes Benelux and Forbes Monaco will feature local business news, commentary and features, as well as editorial content from Forbes' other international magazines.

Pierre-Antoine Racine, president and founder of Vizio Publishing, stated: “At a time when Benelux and Monaco want to change their image, aiming at becoming ethical and business leaders, I am convinced the new Forbes editions can become their media of choice to do so.”

Sandra Chedi will serve as CEO of Forbes Benelux.

At the beginning of this year, Forbes Media president and COO Mike Federle succeeded Mike Perlis as CEO of Forbes Media. When the announcement was made of his promotion, Federle alluded to his plans to expand overseas to “realize the enormous potential of the Forbes brand and business.”