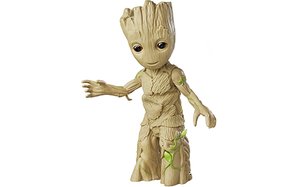 New York’s Toy Fair kicked off with predictions for the year ahead, and industry experts forecast an increase in retro toys, drawing on the nostalgia of Millennial parents looking to step away from electronic toys. It’s also looking at more launches pegged to pet care, whether it’s tending digital unicorns or plush kittens. And the trend report, prepared by the Toy Association, also anticipates even more “unboxing,” with new toys introduced in “reveal” videos on social media.

It also says that, thanks to the strong growth in board games in the last several years, more games are likely coming our way. (Sales in the games and puzzles category gained 23% in 2016 and 3% in 2017.) Parents like them because they promote playing face-to-face and fit into family game time. But they also get a boost from social media.

It also says we are likely to see more toys and games aimed at getting kids involved in old-fashioned imaginative play, with role-play and dress-up kits meant to inspire make-believe.

And with the “play with purpose” mantra buzzing among so many parents and schools, the trade group is also looking for a bump in toys that teach, whether boosting STEM skills, the alphabet or even coding.

In terms of hot licenses, it’s on the lookout for the launch toys linked to such big-name movie-releases as Aquaman, A Wrinkle in Time and Jurassic World.

The group also used the opening of the annual event to announce winners of its annual Toy of the Year Awards, this year handing out top prizes in 17 categories. Among the winners: Marvel Guardians of the Galaxy Dancing Groot Figure by Hasbro won for best action figure; Lego took the prize for best construction toy with its Star Wars BB-8, and Fingerlings by WowWee USA won for best collectible.