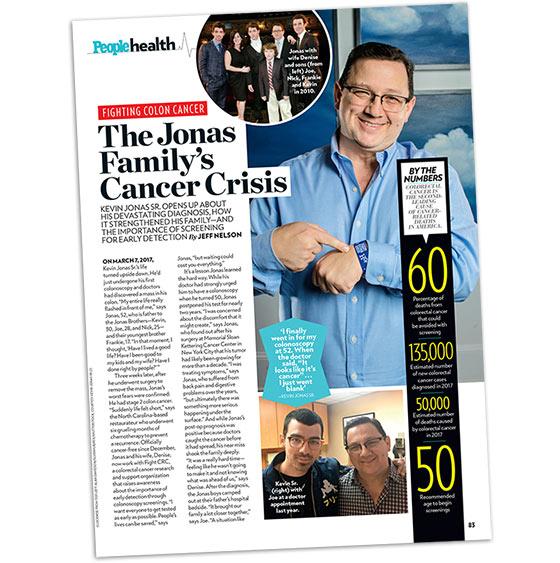 Launching today on People.com, and in the March 5 issue of the print edition, People's new health vertical “People Health” adds a shot of wellness and health coverage across the title’s platforms.

A Health Squad of licensed professionals, including Dr. Travis Stork, nutritionist Dawn Jackson Blatner, trainers Gunner Peterson, Erin Opera and David Kirsh and OBGYN Dr. Mary Jane Minkin, will also feature on the vertical. They will advise readers in editorial franchises, such as "Ask a Doctor."

“Our audience has shown a great demand for the personal stories about how celebrities like Selena Gomez, Maria Menounos and Angelina Jolie have overcome their health challenges, and the emotional stories of how real people have achieved their own health milestones,” stated Jess Cagle, editor-in-chief, People.

The new vertical allows for an arena to “to inform [readers] further about how to be their healthiest selves.”

“People Health” joins the brands other verticals, which includes Music, Crime, Style, Royals, Home & Travel and Babies, among others.

Separately, People—recently added to the stable of titles at Meredith Corporation following its acquisition of Time Inc. last year—became the first title at the company to launch on AMP Stories, a collaboration between Google and the open source AMP project.

Meredith Corporation was among the beta publishers chosen to work with AMP, which allows publishers to showcase their news and information in a mobile-focused format.

"AMP stories provide a mobile-first experience for storytelling that digital news publishers can publish on their own sites and easily distribute across the open web," stated Rudy Galfi, product manager for AMP at Google.