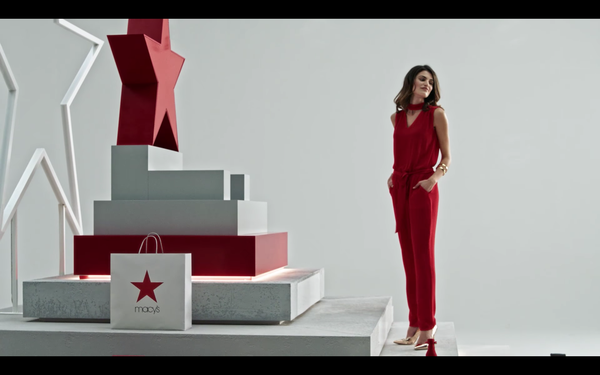 Consumers still love to shop in brick-and-mortar stores, and the latest retailer ranking from Market Force reports that Nordstrom holds on to its spot as America’s favorite premium retailer, its sixth year as No. 1. Lane Bryant, a plus-size chain, vaults seven percentage points to come in second, followed by Dillard’s, Forever 21 and Kohl’s.

While Macy’s scores highest in terms of e-commerce, a new report from influential analyst Deborah Weinswig says Macy’s has lost $3 billion revenue in the last five years, as its customers turn not only to Amazon, but to a parade of value brands, including T.J. Maxx, Marshalls, Target, Walmart and Kohl’s.

Market Force, based in Littleton, Colo., bases its finding on some 10,000 consumers, who grade stores on such categories as value, atmosphere, convenience, selection, helpfulness of sales associates, and loyalty programs.

Despite stronger reports of consumer confidence elsewhere, Market Force finds a decline, with just 28% saying they think the economy is improving, compared with 40% last year, and 24% planning to reduce fashion spending this year as a result. Value continues to be the chief driver of the decision to shop in stores rather than online, cited by 70%.

Macy’s, the biggest department store in the U.S., comes in first for e-commerce in the Market Force survey, but continues to struggle. A new report from Coresight Research’s Weinswig says that while e-commerce giant Amazon is often named as Macy’s biggest competitor, less than half of the consumers it surveyed had redirected spending to Amazon. The real threat comes from value brands, such as T.J. Maxx and Marshalls. The only other company with a comparable decline is Sears.

Like Market Force’s findings, Coresight confirms shoppers just care less about clothing these days, with 38% agreeing that apparel is less of a spending priority. “We think this deprioritization of apparel partly explains why so many consumers have switched away from shopping at mid-market department stores,” she writes.

And while Amazon is getting a major chunk of money formerly spent at Macy’s, cited by 42% of respondents, Weinswig finds a big difference between people with Amazon Prime memberships, with more than half of Prime shoppers saying they’d redirected some or all of their Macy’s spending to Amazon, and non-Prime members, of which only 22% have shifted to Amazon. Among this group, Walmart, Kohl’s and T.J. Maxx are the big winners.