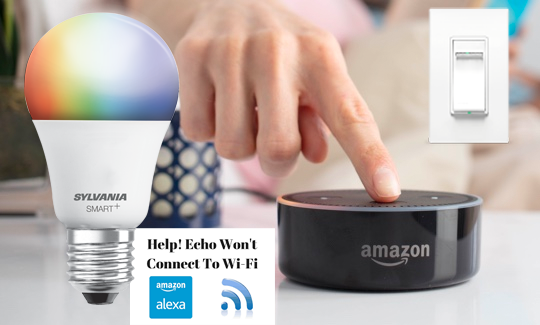 When we invited Alexa into our home, we knew she was young: a techno-toddler, just learning how to make her way around the world -- and our New York City apartment.

We treated her gently, in fact asking very little of her. She turned the radio on and off. Changed the volume. Played some podcasts, nothing extreme.

But now she’s got more “Skills,” and we’re ready to jump into some more smart home devices and behaviors.

Here are a few excerpts from my Alexa diary. A word of warning: It’s not all pretty.

Day 1:
Let us have light. OK, nothing fancy, just turning some lights on and off. So, with credit card in hand, I’m buying some bulbs, switches, and plugs. IOT, here we come!

Lesson one: Alexa doesn’t talk to devices. Not really. She wants to talk to a hub, and the hub talks to the devices. Ugh. OK, the Hub choices are Samsung SmartThings, Wink Hub, Philips Hue Start Bridge — that’s about it.

Quick bit of research: SmartThings hub has the most third-party options, and it’s reasonably priced for the early adopter set.

First set of painful lessons learned. There’s a bunch of standards — Z-Wave, ZigBee, and others — that need to connect with the SmartThings hub, which needs to connect with Alexa. Ok, this isn’t quite as simple as I was expecting.

First fail: the Expower Smart WiFi Light wants a 2G Wifi network, but my devices are on a 5G network. So that bulb doesn’t work — and never will. Dang, I’m going to have to check what WiFi network all my lights need. I wonder if I go to 6G (or whatever comes next), will I have to replace all my devices? That’s a forbidding look at the future of the connected home.

Second fail is the Gosund Smart Plug. It doesn’t like the SmartThings Hub, even though it says it does. Back it goes.

The SmartThings-enabled dimmers require red, black, and white wires — a neutral, as well as line and load. OK, I kinda know this stuff. Open the wall outlet, take out the old dimmer (with the fuse off) and there’s no neutral wire. Tried hooking up with just black and red  — fail. So, two of the lights I most want Alexa to dim are going to need an electrician, and maybe some serious money. Bummer.

The good news, these work. So, now it’s time to dive into the software.

Day 16: There are “Scenes” in both the Samsung SmartThings hub software and the Alexa Echo software.  They kinda look the same, but that’s part of Educating Alexa.

So, first I teach SmartThings about what “Things” I have. It finds plugs, switches, bulbs. Takes a few tries. Then, I set up Routines. Nothing fancy: Good Morning, Good Night, House Lights On, House Lights Off. By the time I’m done, it’s been two hours.

Then  I ask Alexa to run a routine. Fail. Need to ask Alexa to find new Routines (really?) and then move them from the SmartThings Hub to Alexa. Done. Now the question is, where do I modify or adjust the Routines? Best as I can tell, it’s both places — which is a slog.

I’ve kind of given up. Alexa will turn on the radio and turn the lights on and off. But the James Bond vision I had of changing colors subtly, or being able to have Alexa read me the news, or tell me about traffic or the weather — let's just say that’s not happening in this round of Alexa education.

It turns out there’s another layer of software that can create more sophisticated (read “hard-to-implement”) routines. They're called Stringify, Yonomi, and IFTTT (If This, Then That).

I tried Stringify, which even the most friendly tutorial video on YouTube warns is a bit complex at first.

You need to add Things (devices) to a Flow (an action). First I log into the SmartThings account, and I choose the devices I would like to control in the SmartThings Hub. That’s where the fun ends.

Stringify has a snazzy website and promises James-Bond-like home automation. But having to say, “Alexa, ask Stringify to run Good Morning,” is just one digital robot too many for me to keep track of to turn on the lights.

So, where have we ended up?

It’s early days for IOT and smart home automation. But the idea of talking to your home is here to stay. And connecting a hub to Alexa is only going to get easier and cheaper. So, “Alexa — house lights on.”