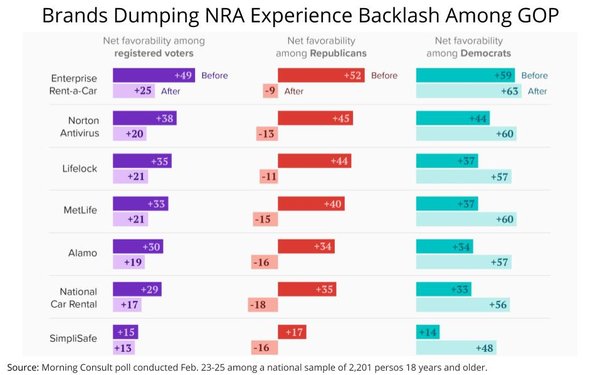 Major consumer brands severing ties with the National Rifle Association following the #boycottNRA push have seen an overall net decrease in their "favorability" among consumers, according to a nationwide poll of U.S. adults conducted online late last week.

Enterprise Rent-a-Car had the biggest decline of seven brands surveyed by Morning Consult, but all of them saw some decline in their net favorability due entirely to responses from Republican voters.