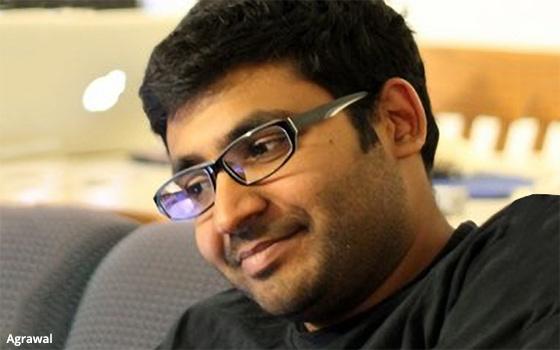 Twitter has finally found a new Chief Technology Officer in Parag Agrawal, the company just revealed. Agrawal has served as a “distinguished” software engineer at Twitter since 2011.

In response to the news, this week, present and former Twitter executives are singing Agrawal’s praises.

Despite recently reporting its first quarterly profit since going public in 2013, Twitter still faces a host of challenges, and existential threats.

Twitter COO Anthony Noto recently announced his plans to leave the company. Noto, who is credited with contributing to Twitter’s financial turnaround over the past year or so, is taking the CEO spot at Social Finance, a financial technology company.

Along with Facebook, Twitter recently admitted that it has failed to fully grasp its potential for harm. “We didn’t fully predict or understand the real-world negative consequences,” CEO Jack recently Dorsey admitted. “We acknowledge that now — and are determined to find holistic and fair solutions.”

The effort includes asking for outside proposals to help determine how Twitter can promote a healthier environment.