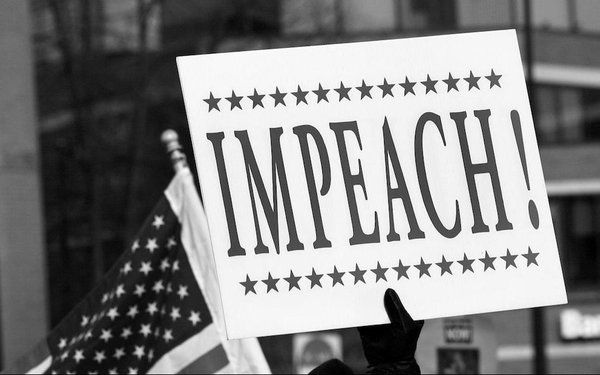 As a man who trumpets his eponymous brand, Donald Trump should appreciate the irony.

The domain name ImpeachTrump.com will be sold at an online auction ending March 24. The minimum bid, per the impeachtrump.com site, is currently $251 — expect it to go for far more.

The name is being sold by Precision Marketing Solutions, which handles a large domain name portfolio.

Susan Rogers, a company spokeswoman, calls it “the domain to own at this time in history," noting that Precision Marketing Solutions has received bids by those who both support and oppose Trump.

Interested parties see ownership as “a great vehicle for making their voices heard,” she stated.

The online auction is being hosted by Flippa.

The auction should come as no surprise to political watchers. Once Congress and Robert Mueller began investigating possible collusion between Donald Trump's presidential campaign and Russia, impeachment has been part of the conversation. It is expected to be part of the midterm election rhetoric.

The impeachment push was also aided by TV ads sponsored by Democratic activist Tom Steyer, who has pledged $20 million to unseat the President. There is also the "Impeach Donald J. Trump: The Million American Petition" at change.org.

Separately, Yahoo News reported that a policy adviser at a think tank indirectly funded by Steyer has registered a series of web domains for potential future campaigns, all involving Steyer. He lives in California and made his fortune as founder of Farallon Capital Management, a hedge fund.

Last month, in a C-SPAN interview, when asked about a possible White House run, Steyer said: “I haven’t ruled it out.’’