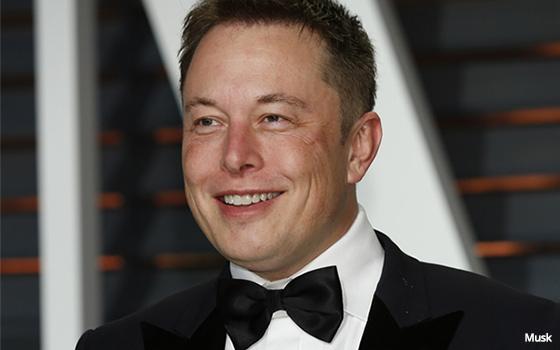 Elon Musk has hired former Onion writers and staffers to launch his own satirical site.

“It’s pretty obvious that comedy is the next frontier after electric vehicles, space exploration and brain-computer interfaces,” Musk said in a tongue-in-cheek quote to The Daily Beast. “Don’t know how anyone’s not seeing this.”

Musk, the billionaire CEO of SpaceX and Tesla, seemed to joke on Twitter that the name of his “new intergalactic media empire” would be “Thud!” — “exclamation point optional.”

But the last time Musk joked about a business idea on Twitter, it wasn't a joke. Musk once tweeted about building and selling novelty flamethrowers — and ended up selling 10,000 flamethrowers in just two days.

Musk has had an interest in The Onion since 2014, according to multiple news outlets, but the satirical site was ultimately sold to Univision in 2016.

Former Onion editor-in-chief Cole Bolton and executive editor Ben Berkley left the publication last year “due to differences with the company’s management,” according to The Daily Beast, which first reported the news.

Bolton and Berkley have since started working in Los Angeles on the Musk project. Three of The Onion’s writers and a longtime editor have also joined the team.

“We can confirm that we have learned nothing from prevailing trends in media and are launching a brand-new comedy project,” Bolton and Berkley stated.

Musk will not manage the mysterious future project, nor will he have editorial oversight, The Hill reported.

Musk likely has ample capital to invest in a new media venture. The South African-born entrepreneur has an estimated net worth of around $21 billion.