Social Media Myopia: What Brands Miss In The Gun Debate 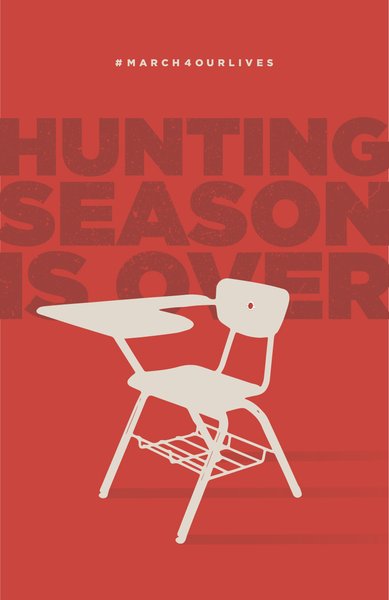 With tens of thousands of young activists making their signs for this weekend’s March For Our Lives, many protesting both the National Rifle Association and what they perceive as government reluctance to take a tougher stance on gun laws, many brands are likely weighing how—or if—they can chime in.

Based on what’s happened to Dick’s Sporting Goods, Delta Airlines and MetLife, new research from Engagement Labs finds just tracking social media—where support for the NRA is loud and clear—is a mistake. Brad Fay, chief commercial officer and data scientist at Engagement Labs, tells Marketing Daily what smart marketers should be listening for instead.

Q. First, tell us what you’ve since Dick’s Sporting Goods changed the age limit on firearms, and both Delta and MetLife distanced themselves from the National Rifle Association.

A. Brands caught up in the gun issue are getting about 30 times the level of conversation as they did before, a trend we see both in online and offline, which we track through an online survey that asks people to discuss the brands they talked about the day before. The online conversations in social media are far more negative. But the offline conversations have gotten somewhat more positive. We’re seeing these conversations go in opposite directions, which is unusual.

Q. What’s your theory on the discrepancy?

A. For one thing, there are fundamental differences between the types of conversations. Social media tends to attract the most extreme opinions, not the average conversation, which is somewhere in the middle. Also, there may be some deliberate amplifications, like the use of bots.

Q. So some of pro-NRA social media is fake?

A. Let’s say somebody puts out an authentic tweet, but it gets amplified by a series of bots. Is that authentic or not? But putting aside that issue, we find that there is something fundamental about social media that makes it more extreme. That’s not the way people talk to each other around the house or face-to-face with friends. Offline conversations do a better job of getting at the nuance of issues.

Q. But you’re not saying marketers should disregard social-media, either in terms of number of conversations or sentiment?

A. Not at all. These conversations do matter. But our research does indicate it’s a mistake to over-react to what they are seeing in social media. Sometimes, it is an early warning sign. Other times, it is false signal.

Q. Is it possible for brands to know the full impact any of these conversations have? Dick’s, for instance, has been struggling on many levels, as have other retailers. And sales in its hunting division were soft, even before this.
A. I suspect with Dick’s, it will be a tale of two departments, and you have to believe gun sales will take a hit. On the other side, you have American youth gearing up to be more activist than they have in a generation, right at the beginning of spring sports season. So this is a moment when brands may have an opportunity to re-establish relationships that will be long-term.

Q. As consumers gear up for the March For Our Lives this weekend, happening not just in Washington D.C. and 270 cities around the world, what do you expect to see on social media, and how do you recommend brands respond?

A. Both sides will yell at each other on social media, of course, but brands should take that all with a grain of salt. We like to use the metaphor of the iceberg. Social media reveals the tip of it but tells you very little about what’s happening below the surface. We tend to think the offline conversations are more important. Parents are going to be asking their teenage kids about these issues and trying to support them. Some brands, of course, will just be thinking, ‘How can I stay out of this?’ Others may want to weigh in, either from a commercial reason or a values reason.

Q. Have there been other times when there’s been this divergence between online and offline sentiment?

A. No, not in the 10 years we’ve been tracking this. The most negative sentiment we’ve ever seen toward brands was during the financial crisis in 2008, and there was anger directed at virtually every financial institution. People were angry online, and offline. That’s when brands are in real trouble.

1 comment about "Social Media Myopia: What Brands Miss In The Gun Debate".
Check to receive email when comments are posted.
Next story loading