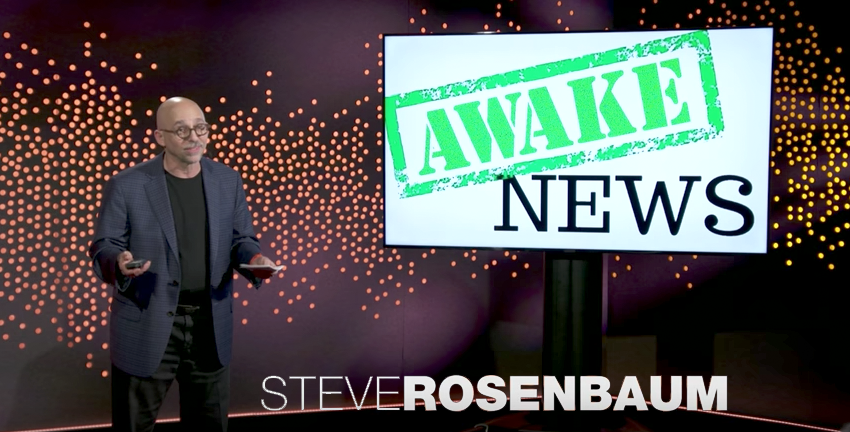 By now you’ve heard the news: Donald Trump is getting a sex change operation. Autonomous cars can read your mind and take you to places you’re thinking about. There’s a new flavor of ice cream that’s made with vodka.

OK, I made all that up. It used to be that April 1 was the one day of the year when we had a moment to try and fool the public with fabulous fictions. But as the internet has grown, there’s been a growing acceptance of “alternative facts” and the emerging grey area between fact and fiction.

So, now we have a new day on the calendar: April 2, International Fact-Checking Day.

It’s a day to embrace the critically important idea that facts and truth do matter. Most importantly, it’s a time to take some very important steps to make the web a more factual and information-relevant environment.

From “fake news” to “awake news.” Today information is coming at us like a torrent, unstoppable and often without context.

The tools of information distribution are democratized, and more consumers are makers. But we lack the tools to find context. Today content we disagree with is often labeled “fake,” even If it’s factually correct. It’s easy to blame Facebook, Google, Twitter, and Reddit.

Fake news has jolted us awake and we’re at the dawn of a new era of awake news, (check out my TED talk on this topic) embracing the critically important idea that facts, and truth, do matter. And, most importantly, citizens can take steps to make the web a more factual and information-relevant environment.

Awake news is a wakeup call for three communities.

For publishers, awake news invites publications to state their point of view and editorial standards. If they require two sources to confirm a fact, let readers know that. If they make a mistake, how do they publish corrections? Under what circumstances do they allow blind”quotes? Sharing clear policies for how facts are checked and attributed builds reader trust.

For platforms like Facebook And Google, awake news rewards platforms that provide clarity, sources, and content metadata labeling what’s news versus opinion and satire. Replacing invisible algorithmic robots with discovery tools and user-controllable filters will give awake news consumers control and understanding of what they let inside their personal filter bubble.

For the public, awake news asks readers to question the content they read and share — and to be responsible news creators and curators.

Let’s face it, we have a all  shared a salacious headline with a gleeful click  without taking a moment to check with Snopes to see if it’s factually accurate.

Spreading bad information is no different than not washing your hands. A virus is a virus. And awake consumers can stop fake news by exercising restraint and thoughtful social sharing.

Five things you can do to spot and stop fake news:

1. Dig below the headline. If a shocking headline grabs your attention, read a little further before you decide to pass along the salacious links. Truth can be found in the details.
2. What’s the support for a story? Fake one often cite official-sounding sources — but one click, and you’ll find those sources are fake.
3. Is it a joke? Andy Borowitz has been writing the Borowitz Report since 2001. It’s news satire, but if you don’t know that, you may think his stories are true.
4. Check your biases. Confirmation bias can lead you to confirm your beliefs and discount information that you don’t agree with. Be careful that what you want to believe is actually true.
5. Check with experts. Between Snopes.com, PolitiFact.com, and FactCheck.org, there are searchable sites to tell you if a story is really true. It’s worth a moment to check.

Awake news isn’t wishful thinking; it’s an essential evolution of our information ecosystem. If we are all willing to take responsibility for what we write, publish, read, and share, we can counteract the mayhem currently spewing out of the fake news firehose and corrupting social media platforms.

Here’s a single piece of fake news advice: All news is fake unless you know where it comes from, and trust the author or the publisher. In the new world of news, content creators need to respect your values and the importance of telling the truth — even if it’s truth that comes from a perspective you don’t agree with. Facts — verifiable, demonstrable, and trusted — can fuel conversation and debate. Lies, on the other hand, cannot.

The truth is important. The truth matters.

Whatever you do, and wherever you find it, don’t turn your back on the truth.