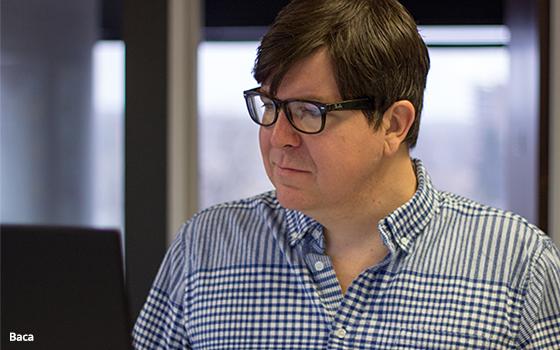 Over the weekend, Ricardo Baca, a former Denver Post writer and editor and founder and CEO of Grasslands: A Journalism-Minded Agency, wrote an op-ed calling out Alden Global Capital, the New York-based hedge fund that has been slowly stripping the paper of its staff and talent, as part of an entire editorial section addressing the issue.

Baca, a 25-year-veteran of the newspaper industry, talked to Publishing Insider about the state of journalism in the face of big money and the fight ahead.

Publishing Insider: What kind of response have you had to you op-ed?

Ricardo Baca: The response has been encouraging. It’s been good to see that our own anger wasn’t unwarranted — and that it was infectious, too. Until now, we’ve been mostly quietly furious about the way Alden Global Capital has been dismantling The Denver Post. With this latest action, we put out a newspaper  embedded with our anger. While this kind of action is almost unprecedented in modern capital-J journalism, it just felt like the right thing to do.

PI: How does the consolidation and stripping of news outlets undermine a free press? Are there some surprising (and terrifying) ways this sort of action impacts news?

RB: As I just posted on Instagram last night, “Nobody but corrupt politicians and crooked CEOs will benefit from a Denver without a daily newspaper.” And to see that in action, simply look at the Pew Research Center’s  “Who Covers the Statehouse?” report.

While newspapers still account for the greatest percentage of journalists covering state legislators, the number of newspaper reporters covering statehouses declined by 35% from 2003-2014.

All politics are local, and it’s way too simple to get caught up with the mania coming out of D.C. right now without knowing what’s happening in the state capitol building a few miles from your office. This is an extremely terrifying and dangerous trend. As Alden Global Capital continues this genocide on its newspaper group (Digital First Media), the only people benefiting are these politicians and businessmen and women who, like Alden, have something to hide.

PI: How are journalists working from the inside to fight these types of takeovers?

RB: These journalists are stepping out of their comfort zones and into the roles of activists. When we protested Alden Global Capital via a rally on the steps of the newsroom in 2016, it was so uncomfortable to be in that situation, but we didn’t have a choice.

I remember standing with my colleague Jennifer Brown, an investigative reporter, as we were both interviewed by The Colorado Independent, and her quote nailed the conflicted struggle we were all experiencing: “It’s the first time I’ve ever participated in anything that felt a little bit like a protest. It felt slightly uncomfortable to start, but it felt really good to be out here and be loud about what we’ve been going through.

"And it’s time we speak up and say this stuff, otherwise it’s just happening. I personally feel I have nothing to lose anymore; they’ve already gutted the place. We might as well be out shouting about it.”

And just think about it: If the 2016 cuts we were protesting were a bloodletting, these 2018 cuts hitting the newsroom now are a full-on massacre.

PI: Do you see a possible positive outcome to this story? What might journalism's future look like as more writers and editors take action?

RB: I do. When I started at The Post back in 2002, and even when I resigned from the newspaper in December 2016, the idea of a 60-person newsroom would have seemed absurd and even impossible. So I guess the questions are: How low can Alden go? How much money is there left to squeeze out? And when will this soulless hedge fund tire of this profitable, if heartless, work and move on to the next industry in distress?

Clearly they’re working from a different playbook than us. But I’m confident that they will soon hit a tipping point and that The Denver Post will have an opportunity to reinvent itself. This goes for all Digital First Media newspapers, and plenty of other media institutions the entire country over.

While speaking out against your corporate owner seems to go against a journalist’s basic training, some of these reporters, editors, producers, anchors, designers and copy chiefs don’t have a choice. And whether I’m talking about Denver Post editorial page editor Chuck Plunkett, who spearheaded Sunday’s historic "Perspective" section, or the recently emboldened Sinclair Broadcast Group employees speaking out against their parent company’s propagandist must-run segments, it’s a fight worth fighting.

I fear this is only the beginning.