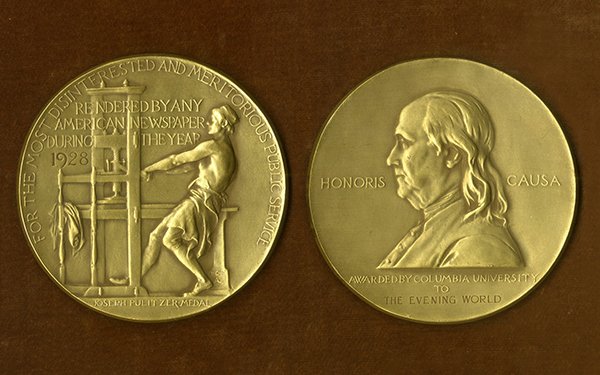 The 2018 Pulitzer awards were announced yesterday, recognizing the best work in the fields of journalism, literature and music.

Following the receipt of an ASME for her story “A Most American Terrorist: The Making of Dylann Roof,’ Rachel Kaadzi Ghansah was again honored for her GQ profile of domestic terrorist Dylann Roof, who murdered nine people inside the Emanuel AME Church in Charleston, S.C. She was awarded the Pulitzer for feature writing.

Much like the ASMEs, the Pulitzers also focused on the stories that led up to the #MeToo movement and the downfall of Harvey Weinstein, with duel recognition in the category of public service going to Jodi Kantor and Megan Twohey for their work in The New York Times and Ronan Farrow, who reported on the Weinstein scandal for The New Yorker.

The Washington Post took home the Pulitzer for investigative reporting for its stories on the Alabama senate race and uncovering Roy Moore’s past sexual harassment of teenage girls.

USA Today has been overlooked for many years, but took home a 2018 Pulitzer for its work with the staff of the Arizona Republic, one of the papers in its stable of titles, for "The Wall," a story centered on the creation of the border wall between the U.S. and Mexico.

The piece, which used text, video, podcasts and virtual reality to examine the creation of the wall from multiple angles, was so successful, the company has been working in a similar vein ever since. It is producing pieces exploring the history year of 1968, including the assassination of Martin Luther King Jr. and Muhammad Ali’s Vietnam War protest.

Other winners in the journalism category include The Press-Democrat in Santa Rosa, California, for breaking news reporting, The Cincinnati Enquirer for local reporting, and The New York Times and the Washington Post for national reporting.