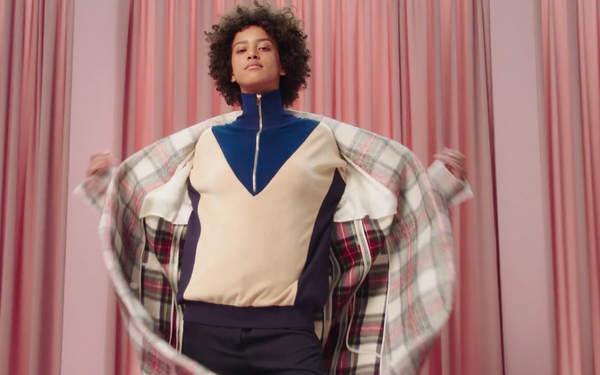 To celebrate Earth Day, luxury consignment site the RealReal is launching its first U.S. TV ads, using Stella McCartney clothing to drive home the message that high-fashion can be eco-friendly, too.

Themed “the Future of Fashion is circular,” the new spot is breaking just as the e-commerce site is said to be seeking $100 million in new investments.

The San Francisco-based company says the ads, from Assembly in London, further its “make well, buy well, resell” positioning, which encourages designers to crank out high-quality items and fashionistas to buy clothes that retain value, keeping luxury items out of landfills.

Julie Wainwright, founder and CEO, says via email that the ads are running on national cable channels, timed for Earth Day to “shine a light on the importance of a circular economy and its positive impact on the environment.”

Ads are also running on radio and in social media.

She says it will measure the campaign’s effectiveness by both brand awareness levels and business impact. For now, it’s is limited to its partnership with Stella McCartney, although it hopes other designers will be inspired to adopt “circular economy” initiatives.

Many brands are, in fact, working on efforts to reduce the impact of textiles: Americans throw away about 70 pounds of clothing and other fabrics each year, and an estimated 85% wind up in U.S. landfills. TheRealReal says currently, just 15% of apparel sales each year are in consignment, reuse and recycling.

Companies like H&M, Levi’s, the North Face, Madewell and Zara routinely encourage shoppers to recycle clothing by offering discounts. And higher-end designers are responding too, combining the current mania for vintage clothing with the upcycling vibe: The Wall Street Journal recently showcased an $11,760 Missoni coat made of upcycled fabrics; a pair of new Vetement’s jeans, made of old Levi’s, cost $1,500.

Retail Dive reports that The RealReal is trying to raise an additional $100 million in funding. Last year, it closed $50 million in growth equity financing from Great Hill Partners, bringing its total funding to $173 million.