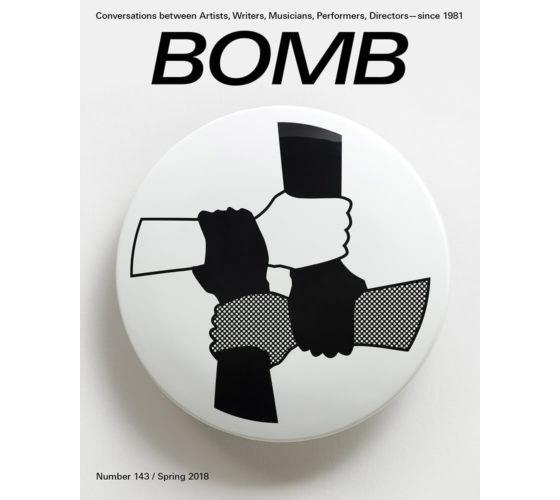 Editor-in-chief Betsy Sussler, who cofounded the print magazine in 1981, made the official announcement to the crowd gathered at Capitale.

The organization plans to build a $15 million fund over the next three years to support an endowment called the Future Fund, meant to create a steady supply of financial assistance.

The fund was initiated in 2014, when a two-year grant of $100,000 from the Horace W. Goldsmith Foundation allowed for the hiring of a director of development and a capital-planning consultant. The following year, the magazine’s board and staff launched a fundraising campaign dubbed the Future Fund.

Fast forward two and a half years. Over the course of 2018 and 2019, the work of 25 artists will be auctioned off with pro bono support from Christie's, with trustees footing the bill for all soft costs.

The donated, soon-to-be-auctioned works from artists like Jasper Johns, Barbara Kruger, Ed Ruscha and Kiki Smith, and the anticipated capital their sale will give to Bomb, marks a unique positioning of a publication’s connection to culture and its ongoing revenue needs.

While the publication’s artist conversations are its most recognizable legacy, Bomb also maintains a website, print quarterly and an oral history project devoted to African-American artists, in addition to other publications.

Bomb has long sustained itself through advertising, subscriptions and grant support, in addition to its annual gala.

The Future Fund is not intended to take the place of these streams, but will, as Sussler states, "formalize a safety net, which we have never had before. Thinking this far into the future assures the long-term survival of these essential primary-sources, artists’ conversations and their continuous creation in perpetuity.”