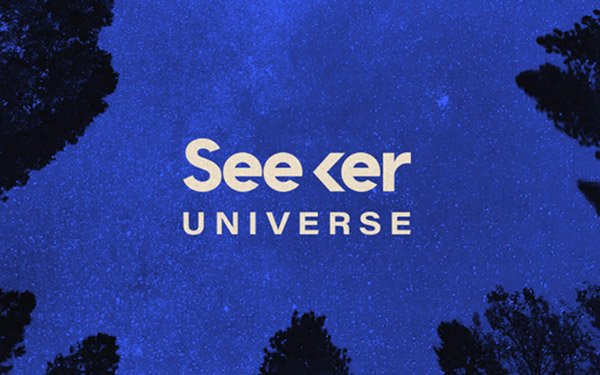 Seeker is the No. 1 most-engaged science brand on social platforms, Smith said, based on views, comments, likes, shares and watch time metrics.

Content will be a mix of short, in-the-field programs, such as how scientists pack a rocket that will head to space, as well as real-time NASA rocket launches, behind-the-scenes interviews and science experiments happening on the International Space Station (ISS).

Seeker is working with CASIS, the Center for the Advancement of Science in Space, on covering the experiments, from the impact of weightlessness and gravity on the human body to testing barley in space to make a brew, Smith said.

The channel had its soft launch a few weeks ago. It will publish short, social videos a few times a week before producing longer-form programming in the coming months.

The videos will also focus on "what life is like in space," Smith said. “For example, how do you make a peanut butter and jelly sandwich in space?”

The channel will get its own URL and hashtag, as well as its own handle. Seeker and Seeker Universe will cross-promote and cross-share content, too. “We will still feed our core audience with space content, but also set up a dedicated area” for that editorial, Smith said.

Seeker is working on deals with brands for custom content and sponsorship campaign opportunities on the new channel, she added.

At its annual NewFront presentation to advertisers and marketers today, Group Nine also announced Seeker will get a new show called “Wild Moms,” hosted by Dr. Carin Bondar, which will debut in time for Mother’s Day and look at how animals differ in their roles as mothers.

“Move Forward” is another new digital series, made in partnership with Enterprise. The multi-part series will showcase the “innovative minds shaping cities,” from architects to disaster relief workers, Smith said at the NewFront presentation.

In addition,  Seeker is partnering with Discovery and Nomadica Films to produce “The Swim,” which will follow Ben Lecomte as he spends six months swimming across the Pacific Ocean. The project will span across social platforms and a feature-length documentary is slated for 2019.

Lecomte and his team will conduct a variety of scientific studies on the trip, including how plastic in the ocean affects Lecomte’s microbiome and the health of phytoplankton in the ocean.

Group Nine also announced “NowBreaking,” a new Snapchat channel under its NowThis brand that will cover the most important stories of the day in real time.

Group Nine's animal-focused brand The Dodo is producing a new show called “Destination First” on adopted pets, while “Coming Home,” which will drop this Veteran’s Day and showcase vets reuniting with their dogs.

The Thrillist brand is getting its own new shows too, such as “Amazing Taste,” an adventure and food show.

As for experiential events, Group Nine announced it is going to host “Best Dog Day Ever” with Samsung, which will be The Dodo’s biggest experiential event, and “Brew Haha,” a comedy drinking game show under Thrillist.