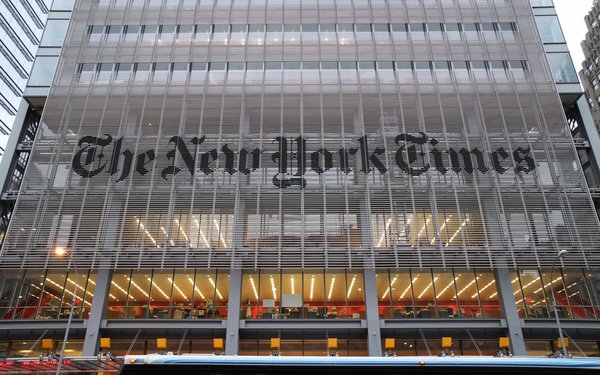 Subscriptions and revenue are up at The New York Times Company in the first quarter of 2018, offsetting declines in digital and print advertising.

NYTCO added 139,000 digital-only subscribers in the first quarter of 2018, a 25.5% increase from the same quarter last year. About 40,000 of those new subscribers were from digital membership products, like the Cooking and Crossword apps.

NYTCO now has a total of about 2.8 million digital-only subscribers.

Subscription revenue increased 7.5% to about $260 million, accounting for nearly two-thirds of the company’s total revenue.

This marked the first time since the second quarter of 2016 that digital advertising declined.

Though print advertising revenue fell too, it dipped by only 1.8%.