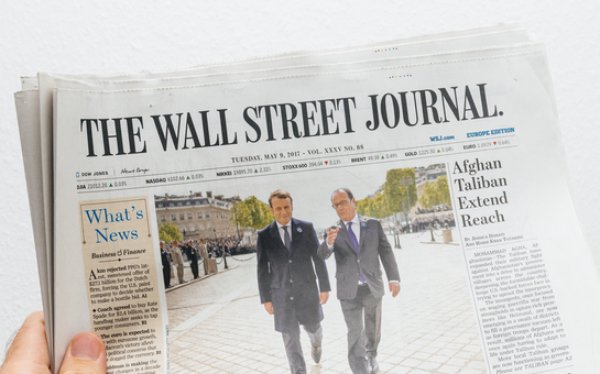 Baker, after five-and-a-half years as the paper’s EIC, will become the Journal’s editor-at-large. He is credited with growing the WSJ’s daily circulation by more than one-third, in part, due to its rapid digital expansion.

Baker will now write a regular column in “Review,” the paper’s "Weekend" section, in addition to other articles. He will also host a WSJ branded news and interview show on Fox Business Network and work with the company’s live journalism and events business.

Previously, Murray was executive editor, deputy editor-in-chief and deputy managing editor of the newspaper. He joined Dow Jones and Company as a reporter for the Pittsburgh bureau in 1994.

The shakeup comes as WWD reports the WSJ has been forcing editors to reapply for their positions as the company restructures its editorial model. WWD notes it is unclear if staff has been laid off or chosen to leave under present conditions.

Those editors forced from their previous positions are said to be offered positions elsewhere in the company.