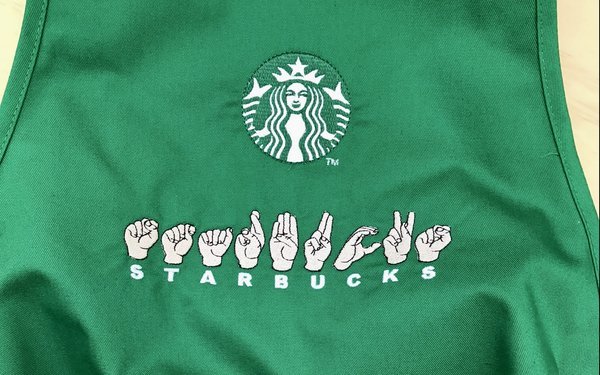 Sgtarbucks will open a “signing store” in October with 20-25 deaf, hard-of-hearing and hearing partners, all of them proficient in American Sign Language, the Seattle-based company is announcing today.

The store should have a ready-made customer base. It will be located in Washington, D.C., at  6th and H streets near Gallaudet University, the well-known private university for deaf and hard-of-hearing students.

It’s not the first Starbucks specifically for that demographic. Another store opened in 2016 in Kuala Lumpur, Malaysia. Starbucks says employees in the U.S. sought a similar store and some of them traveled to there last July on its first anniversary to see how the store operated differently from a typical outlet. The Washington store is the result.

“This store is truly from partners, for partners, and we couldn’t have gotten here without the team of deaf partners and allies from our accessibility office and the Access Alliance partner network who came together to bring this vision to life,” says Rossann Williams, the Starbucks executive vice president of retail, in a prepared statement.

But there are no current plans for other Starbucks of this type planned, a spokeswoman tells Marketing Daily. “Our stores globally are welcoming to all; however, we don’t have any other stores designed to cater specifically to other disabilities,” she says “In all other stores, individual disability accommodations are assessed on a case-by-case basis. Some examples include: a coffee timer that flashes and vibrates, interpreter services, video remote interpreting, tech pads for writing and visual ordering/menus.”

Starbucks makes an effort to serve special communities, and has awards to show for it. New employees get “inclusion” training, and, for example, Starbucks’ counters are typically lower, making them easier to use for some patrons.

The Washington store will feature special artwork and a custom mug designed by a deaf artist, the company said. It will also incorporate aspects of Deaf Space, an architectural concept pioneered by campus planners at Gallaudet. It includes subtle changes in design for deaf people, like arranging chairs in a U shape so speakers can see each other more easily, and the placement of mirrors in design so deaf people can see what’s happening behind them.

In 2015, a video from a Starbucks in St. Augustine, Fla., went viral. It showed a hearing-impaired customer using the drive-through equipped with a video camera, ordering via a sign language conversation with an employee who had been trained in sign language at her high school. That store is located near the Florida School for the Deaf. And a Houston Starbucks employee has produced a video that gives a crash course in sign language for fellow workers.