The King Of TV? 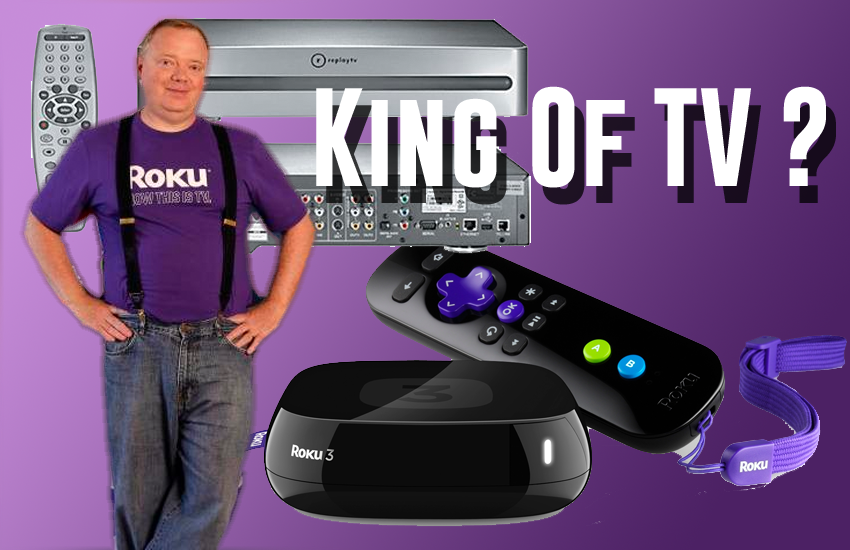 The year was 1999, and at the Consumer Electronics Show, the talk was all about a newfangled device called the digital video recorder: the DVR.

Two companies were fighting for dominance in the space, Replay TV and TiVo. Replay TV won “Best of Show” and Walt Mossberg, writing in The Wall Street Journal, crowned ReplayTV the winner over TiVo in a head-to-head review.

Anthony Wood, Replay’s founder, was on a roll. He was the king of the world of time-shifted TV. He had seen the future, and built it.

Then  he took on the 800-pound gorillas of the video world, TV networks. It wasn’t pretty.

In 2002, the main television networks and movie studios sued ReplayTV, claiming that skipping advertisements during replay violates copyright. The Electronic Frontier Foundation came out in support of ReplayTV, but alas — ReplayTV filed for bankruptcy.  TiVo, while allowing users to skip commercials, didn’t provide a button to do it, and was able to survive.

But Wood was sure TV was the future, and jumped back in, founding Roku in October 2002  with a crystal-clear vision. Television was about choice, and in a world of unlimited choices, consumers would need a single box to connect to all the services they wanted to access.

Today Roku leads a market with heavy competition. Up against Google Chromecast,  Apple TV,  and Amazon’s Fire TV, Roku is leading the pack.

And now Wood is growing the business in a way TV historians have noticed.

“We don’t really make money... we certainly don’t make enough money to support our engineering organization and our operations and the cost of money to run the Roku service,” he said in an interview with Vergecast. “That’s not paid for by the hardware. That’s paid for by our ad and content business.”

As television becomes web video, and web video is by its nature more about granular services than big, one-size-fits-all  networks, Wood’s vision may be coming true. Roku is selling 30% of publishers’ inventory on the Roku platform.

Wood explains it this way: “We take all that ad inventory, we aggregate it, and then we sell targeted ads.”

The shift to streaming is powering Roku’s central role in both discovery and advertising.  “As they [consumers] shift to streaming, advertisers are following them,” Wood explained. “Building out a big, next-generation TV ad platform is an important part of Roku business.”

Today there’s a new kind of TV ascending. It’s web video, and it’s what consumers have been clamoring for for the past 20 years.  It runs on a time schedule that fits your life, with channels and services that are unique and narrow in their focus.

If Wood has his way, cable TV will be a thing of the past. And the data  says that’s just what’s happening.

dvrs, tv
2 comments about "The King Of TV?".
Check to receive email when comments are posted.
Read more comments >
Next story loading