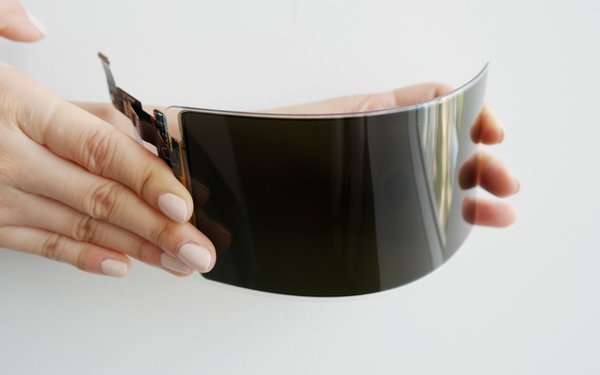 Hold the phone! In Korea, Samsung Display has announced an unbreakable display screen has been verified by Underwriters Laboratories (UL), which sets the stage for its deployment in smartphones, tablets, military equipment and automobiles.

It also appears to create a competition between Samsung and Corning, Inc. whose Gorilla Glass is the dominant see-through covering on smartphones. It could be a point of differentiation for consumers as the saturated smartphone market slows down.

The new glass also would likely be an important part of a “foldable” smartphone that, it’s been widely reporting, Samsung is developing.

According to Samsung’s account, UL tested the unbreakable panel by dropping it from a distance of nearly four feet above ground 26 times in a row without damage. It also passed the test for dropping it at 71 degrees and 32 below zero, with no damage to the front, sides or edges. Those test parameters were set by the U.S. Department of Defense. Samsung said it also passed a test in which the panel was dropped nearly six feet.

UL is the official testing company for the Occupational Safety and Health Administration. Approval from the United States is often a green light for product approval worldwide.

Samsung Display is a subsidiary of Samsung Electronics. It is also a supplier to Apple products.

The new, organic light-emitting diode (OLED) panel (shown above) is an unbreakable substrate with an overlay window securely adhered to it. Currently, flexible display products attach a glass-covered window to their display. Those often break when dropped. (On average, consumers drop their phones seven times a year, a study shows.)

“The fortified plastic window is especially suitable for portable electronic devices not only because of its unbreakable characteristics, but also because of its lightweight, transmissivity and hardness, which are all very similar to glass,” says Hojung Kim, general manager of the Samsung Display communication team, in a statement.

The Samsung approval from UL comes just a couple weeks after Corning Inc. announced its new, improved Gorilla Glass 6, which it says it twice as tough as Gorilla Glass 5.

Various versions of Gorilla Glass have been installed in over six billion devices since 2007 by over 45 different manufacturers.

“Today, it would be difficult to find a premium handheld device, anywhere in the world, without Corning Gorilla Glass,” the company brags. It is sometimes mentioned as a feature on consumer material. It said Gorilla Glass 6 should be finding smartphone applications by the end of this year.

“Gorilla Glass 6 is an entirely new glass composition that can be chemically strengthened to give it significantly higher levels of compression than is possible with Gorilla Glass 5,” says Corning’s Jaymin Amin, vice president of technology and product development. “Moreover, with breaks during drops being a probabilistic event, the added compression helps increase, on average, the likelihood of survival through multiple drop events.”

A spokesperson provided additional information to Marketing Daily, explaining that  most people who drop their phones did it from 1 meter (or approximately waist high). She wrote that to mimic real world conditions, it drops items “onto coarse 180-grit sandpaper, (which simulates sharp-contact damage that may occur on asphalt or concrete.) On average, Gorilla Glass 6 survived 15 consecutive drops, while competitor glass typically broke after 1 drop.”