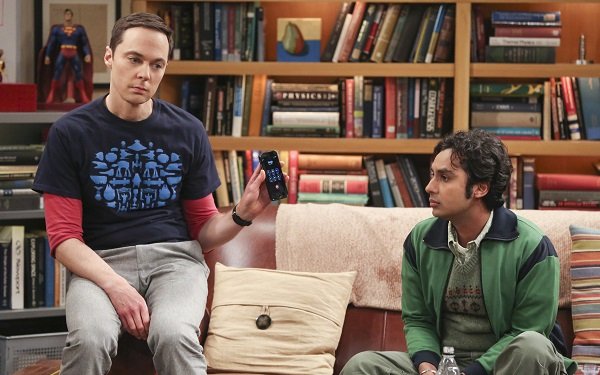 With the news breaking this week that the upcoming 12th season of “The Big Bang Theory” will be the sitcom's last, the big question is: Will the show end with a big bang next May?

This show has emerged as one of the most storied in the history of television. It premiered only 11 years ago in September 2007. But in TV time, given all the changes that have roiled and fragmented the TV business, it might as well have been a lifetime ago.

With all of that fragmentation in mind, it is reasonable to wonder if “The Big Bang Theory” -- currently one of the best-loved and widely viewed shows on TV today -- can mount a finale that will come anywhere close to the legendary finales of old.

Or to put it another way: Does any TV show today have the kind of national, mass following that will create the kind of excitement for the finale that some of TV's best-known shows enjoyed way back when? The answer is: Probably not.

The list of the Top Ten series finales in TV history goes like this, starting with “M*A*S*H,” whose finale in 1983 drew an estimated 105 million viewers.

No finale has ever really come close to that, and no one should ever expect that one will come along someday to draw a bigger audience than that.

Of these, the two that always draw my attention the most are the finale results for “Seinfeld” and “Friends.”

While “Seinfeld” was the better of the two shows (at least in many people's opinions), “Friends” was much beloved also. The two were both huge hits for NBC, and they were roughly from the same era too.

And yet, the “Seinfeld” finale in 1998 drew a much bigger audience than “Friends” did in 2004. One could surmise that “Seinfeld” was just the more popular of the two shows.

But it is also possible that in those six years between the two finales, TV audiences were already fragmenting, resulting in fewer viewers for the “Friends” finale.

Who knows? If “Friends” had ended its run a few years earlier, in a different era, perhaps it might have drawn a finale audience closer to “Seinfeld’s.”

Meanwhile, here in the present day, “The Big Bang Theory” is one of the most ubiquitous shows on television. Thanks to rerun syndication, it is one of those shows that you feel is always on somewhere every time you channel surf. And that is pretty much true.

At 12 seasons by the time it ends, “The Big Bang Theory” will be one of the longest-running sitcoms ever aired on network television. “Two and a Half Men” also ran for 12 seasons, and it was from the same executive producer too -- Chuck Lorre.

According to trade press reports, “The Big Bang Theory” is ending its run based on a variety of factors, including the difficulties of signing up the stars and other personnel for one or two additional seasons (specifically the cost of paying them); and the challenges the show will face as it ages in maintaining its high quality.

When it says good-bye next spring, “The Big Bang Theory” will still likely be the highest-rated comedy on TV -- something very few shows can claim when they take their final bows.