Freelancers Boycott 'The Outline' After it Lays Off Entire Writing Staff 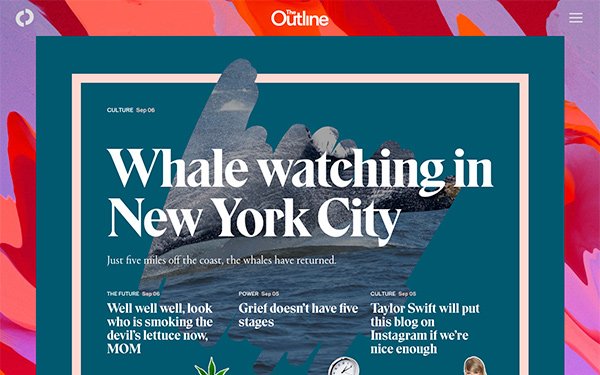 Earlier this week, digital outlet The Outline laid off its last two remaining staff writers, along with several other employees.

The move came after The Outline raised $5.15 million in funding last May and was valued at $21.15 million. So, with a staff of 24 before this last round of layoffs, the likelihood the staffers were removed for financial reasons seems unlikely.

Going forward, the outlet will rely on freelance writers, with plans to trim the freelance budget, too.

But one community of freelancers is fighting back. Study Hall, a support network for freelance media workers, issued a statement yesterday, calling out The Outline for its ruthless tactics and pledging not to write for the site.

After sighting the recent influx of funds, it continued: “Instead, it points to a troubling trend: when venture capitalists, which media companies increasingly rely on to survive, demand profit, it is staff writers and freelancers who pay the price.

"There would be no Outline (or any publication) without the labor of the editorial staff who shape it, and it’s disheartening to see management dismiss/toss aside their employees so blatantly. This is why several dozen members of the media worker collective Study Hall will no longer write for The Outline until there are significant changes made at the company.”

MTV pulled a similar move in 2017, when it let go a swath of its writing staff and steady freelancers after the staff unionized, stating that it was pivoting to video and short-form content.

Just this summer, the music and entertainment brand issued a new call for long-form freelancers who could cover topics such as racism, pop culture, gun violence and politics, those covered by their once strong stable of talent.

The statement from Study Hall summed things up well as it closed:

“To be clear, this is not an issue we have with The Outline alone. Numerous media organizations have recently displayed a dismaying level of disregard for their writers. Yes, media is a volatile industry, and layoffs are a fact of life. But the emergent, vampiric practice of venture capital and hedge funds laying waste to journalism because they believe writers and editors have no power to resist must end.

"If this industry wants its content to come from freelancers, it cannot expect us to roll over to their abuses…”

115 members of Study Hall, a collective of writers, journalists, and content producers, the likes of which The Outlineand virtually every publication depend upon.”
employment, online publishing, web sites
Next story loading