Are We Getting 9/11 Wrong? Taking Stock 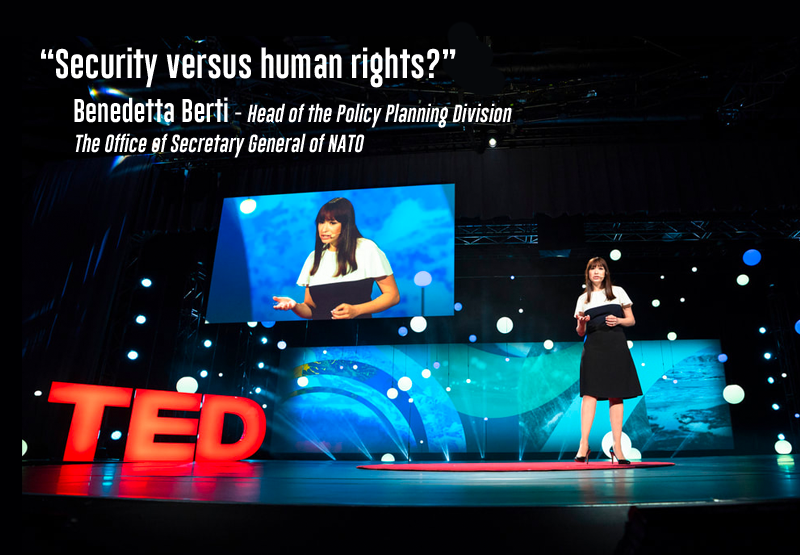 When you first meet Benedetta Berti, you’d be forgiven if you didn’t guess her career choice. She’s a warm, engaging woman who looks you in the eye and speaks with an open manner. She could be a philosopher, a poet, or a pilot.  But she’s not. She studies war.

She is someone serious -- deadly serious. Berti is the head of the policy planning division of the office of Secretary General of NATO. She’s no joke.

So when she strides on stage at the global TED conference in Vancouver, you pay attention. And when she suggests that during the past 17 years, the U.S. has acted in the aftermath of 9/11 in a way that has made us less safe, the room tenses up.

Berti is an expert on the role of armed groups and the future of armed conflict. She asked the TED audience this provocative question: "Have the assumptions of policies we develop in the wake of these tragic events truly made us more secure?” Her answer is simply no.  (Check out her talk here.)

She has what some would say is a radical alternative, but we’ll get there in a moment.

9/11 happened in my backyard. It changed my city. It changed how I viewed America’s place in the world. And it changed the last 17 years of my career.

After the fear subsided, which I now realize in hindsight was probably weeks, I turned my documentary lens on New York. The film I made 17 years ago, “7 Days In September,” took a long view of our city and the central strength that our diversity brought to this island of immigrants.

Central to the film was this powerful conflict, as recorded by Rasheed J Daniel:

I came away strangely hopeful from that scene and directing the documentary. America had been attacked, and we’d held strong. We hadn’t turned on our neighbors or been torn apart. As the city rebuilt and became stronger, I believed we had faced unimaginable tragedy and emerged resilient.

But somewhere in the back of my mind, I worried. We attacked Iraq, despite what we would later learn were false fears about WMDs. The best estimates I could find suggest that more than 250,000 people have died as a result of George W. Bush's decision to invade Iraq in 2003. We’ve now been at war for 17 years nonstop, around the globe.

And so, when Berti suggested that we’ve gotten it wrong, it hit hard.

"We've come to accept that we must talk about security and zero-sum terms,” said Berti. "As if the only way to get more security is by compromising our values and rights. Security versus human rights. Safety versus freedom and development. This is a false opposition."

Safety versus freedom. Are we safe? Are we free?

"In the years after 9/11, some of the policies that were implemented probably made us less, not more secure in the long term,” she bravely suggested.

In my head, the list grew. The Patriot Act, the Muslim Ban, the NSA, the growth of nationalism, fear of the "other," the KKK, anti-Semitism, fear of immigrants, the border wall.

Berti’s experience is global, and her conclusions about our fearful trajectory cut through the noise and fake news with undeniable clarity.

"Sustainable civilian-center security needs to look at what happens in the long term,” she said. "We need to focus on protecting civilians, and we need to respect and acknowledge the fact that sustainable security is built on a foundation for human rights.”

So, on this 17th anniversary of 9/11, on this most somber day in American history, when planes flew into buildings, when 3,000 civilians from all religions, nationalities, and backgrounds died, on this, of all days:

What will make us stronger? As a city? As a nation. As a world.

Should we build a wall? Reject our neighbors based on the color of their skin, or the god they pray to, or the language that they speak?

This day, reject the hate that flew those planes into our neighbors, and let Berti’s stark warning resonate. Trading freedom for safety is a false equivalency.

Berti’s words at TED echo in my ears: "We live in a dangerous world. We have many threats to peace and conflicts.  You get security right, we need to respect the fact that sustainable security is built on a foundation of human rights.”

Can anyone say we’re doing that right now?

politics
3 comments about "Are We Getting 9/11 Wrong? Taking Stock".
Check to receive email when comments are posted.
Read more comments >
Next story loading