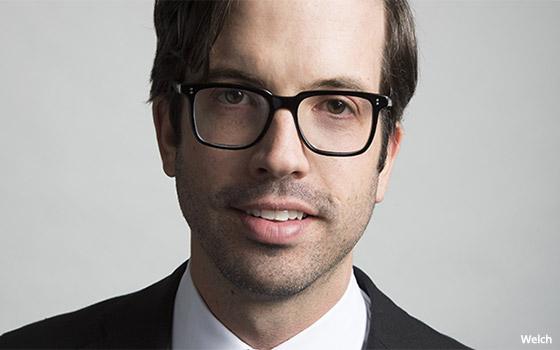 Welch, named creative director of GQ earlier this year, has worked at the brand since 2007. He helped found GQ Style, and has served as its editor-in-chief since 2015. He will continue to lead GQ Style, in addition to his new role.

“Will is responsible for so much of what has propelled GQ forward and has a clear vision for where it will go in the future,” stated Anna Wintour, editor-in-chief of Vogue and artistic director of Condé Nast.

She added, “His knowledge and keen eye for fashion and design and how to present it in a democratic way is a big part of his success with the reader.”

Nelson spent 15 years as editor-in-chief of GQ and 21 years at the publication.

Under Nelson’s leadership, GQ was nominated for 64 ASMEs and recently won its first Pulitzer, according to a memo from Bob Sauerberg, CEO and president of Condé Nast.

Nelson's "undeniable creativity and vision for the brand leaves a very strong foundation for Will to build upon,” Sauerberg wrote.

Nelson will stay on through this year’s Men of the Year Awards in December.

"Now feels like a good time for me to figure out the next chapter of my life," Nelson stated, noting with Welch at the helm, "GQ will be in great hands. I leave feeling proud and confident in the excellence of the work we’ve done together."

When Welch was promoted to creative director of GQ last December, he succeeded Jim Moore, who was with the brand for nearly four decades.
GQ claims 144 million total video views in July across all platforms, a 58% increase year-over-year. The brand also had nearly 14 million unique views to GQ.com (43% growth year-over-year) and 27 million visits (37% year-over-year growth) that month.
magazines, management, men
Next story loading