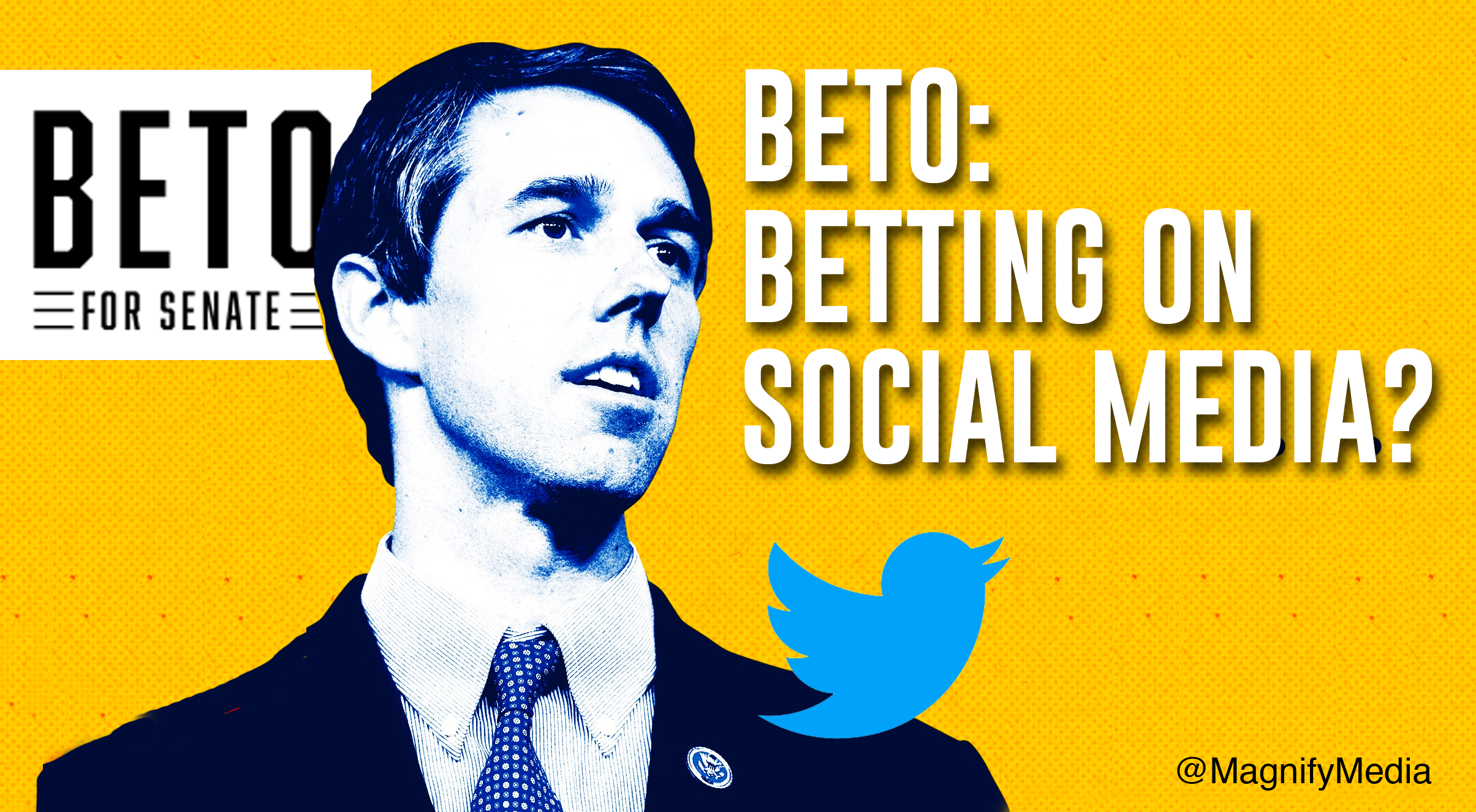 U.S. Senatorial candidate Beto O’Rourke is cool. His opponent, Ted Cruz, is not. That battle has already been fought and won.

O'Rourke was in punk bands. He jammed with Willie Nelson on some pro-marijuana songs. O’Rourke namechecked “The Clash” in his big public debate with Cruz.

The Clampdown. Rock on!

But the irony is that it didn't come from O'Rourke’s campaign. Instead, it was posted in a tweet by Cruz titled "In Beto O'Rourke's own words” attempting to turn his Twitter popularity against him.

This is the marketing challenge of running a local campaign on a national platform. Different audiences hear and see different things, often amplifying what they already believe. Changing minds and votes is significantly harder.

"How can we continue to lose the lives of unarmed black men in the United States of America at the hands of white police officers? That is not justice. That is not us. That can and must change," said O'Rourke.

Back in August, NowThis News posted O'Rourke defending the rights of NFL players to kneel during the national anthem to protest against police brutality.

Cruz claimed that O'Rourke said that police officers are "the modern Jim Crow," which O'Rourke denied. Important to note that he doesn't say that in the video.

So, polls notwithstanding, is there a possible win for O'Rourke?

Important to remember Texas hasn't put a Democrat in the Senate since 1988. Cruz won 85% of the GOP nomination for this year's midterms.

And Cruz is in a strange political box. He was powerfully anti-Trump, even after the election. And Trump famously named him “Lyin’ Ted Cruz.” Now Trump is going to campaign for Cruz, but that won’t be comfortable. Fellow Republican Senator Lindsey Graham memorably said in 2016 that "if you killed Ted Cruz on the floor of the Senate, and the trial was in the Senate, nobody would convict you."

Which is why the issues of “non-voters” loom so large for Texas and Democrats nationwide.

Texas has a history of very low voter turnout. During the 2014 midterms, just 28% of the state's eligible voters went to the polls — the lowest rate in America. In particular, racial minorities, who are more likely to vote for Democrats, are among the least likely to vote.

"For a couple of decades now there has been a 'demographics is destiny' narrative that has existed," Manny Garcia who is with the Texas DNC, said.  "And sadly for many of those years, it seems like base Democrats — communities of color — were taken for granted."

Years of gerrymandering, voter suppression, and unspoken fear has kept many of O'Rourke’s voters out of the voting booth.  So in Texas, as in the nation, voter turnout is key for marginalized Americans, and keeping people home may be a key strategy for the GOP.