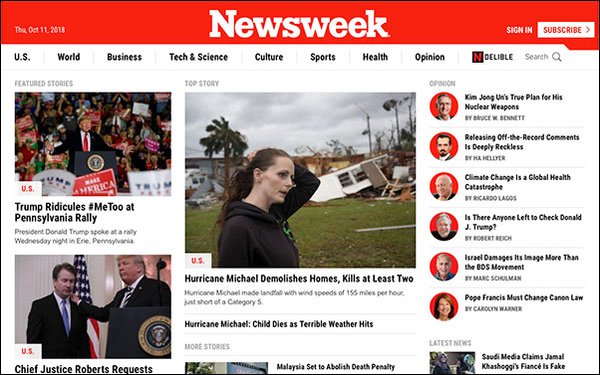 Newsweek will be owned by Jonathan Davis and Dev Pragad. Pragad will also serve as the company’s CEO. The company will consist of the U.S. print and digital versions of the magazine, the international editions in EMEA and Asia, and the publication’s website Newsweek.com.

Pragad stated of the separation: "Our focus will be on strengthening the iconic magazine — the centerpiece of the company. In addition, we plan to expand into new ventures focused on non-advertising revenue streams."

This news comes as Manhattan prosecutors have formally charged IBT Media in a $10 million fraud scheme. The alleged fraud happened when IBT Media was the parent company of Newsweek.

According to The Hill and originally reported by The Wall Street Journal, IBT Media and Christian Media Corporation were involved in a scheme to defraud lenders of millions of dollars, due to profitability issues at IBT.

Prosecutors say the scheme lasted from March 2015 until October of 2016. The Manhattan district attorney’s office has been involved in a probe that lasted over a year.

The companies are alleged to have falsified financial statements to secure $10 million in loans, with which they bought high-end computer servers and laundered the money to finance daily operations at the company.

In January of this year, the then Newsweek Media Group’s offices were raided by investigators who took servers and pictures of servers with them.