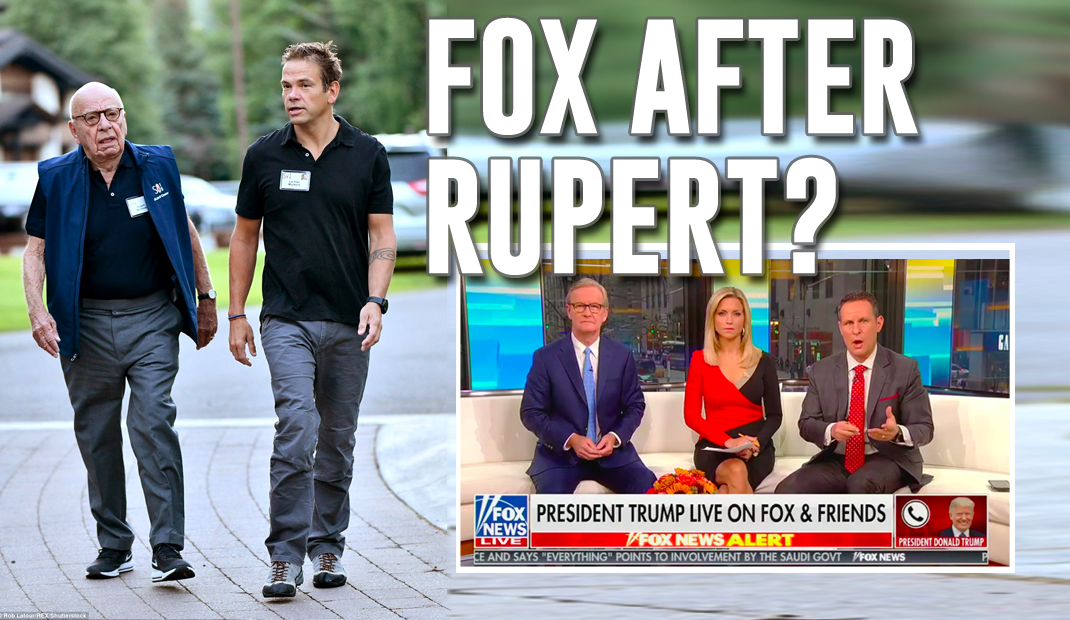 Rupert Murdoch, the feisty Australian newspaperman, brought a new kind of media to the United States. Under Roger Ailes, Fox News built a brand as a conservative news outlet with a loyal following.

But under the Trump Administration, Fox has changed. It has become attached to — or perhaps become — an arm of the administration. And Trump makes no bones about his alliance with Fox and its anchors.

But CNN’s Brian Stelter was able to peek behind the curtain, and podcast an interview with Murdoch longtime right hand Les Hinton.

Hinton spent his entire career with Murdoch and News Corporation, beginning as a copy boy in 1959 at the Adelaide News in South Australia. He’s been CEO of News America Publishing, CEO of Fox Television Stations and CEO of Dow Jones & Company and was publisher of The Wall Street Journal until 2011.

So, how does he feel about Fox News? “I think he’s always been explicitly conservative,” he said of Murdoch. "[Fox News'] whole reason for being was a judgment that that faction of audience was being well catered to. Its success established that that need existed. When Trump came along, the ratings came from being a conservative news channel, and he became the most digestible, colorful, conservative, appealing icon in the history of the country.”

So, how does he watch news, Stelter asked. "I watch mainly between six and seven. I watch Bret Baier, who I think is one of the best hours on television — not because I was involved with the Fox company — and then I watch CNN. Going backward and forwards gives me some chance of getting context on Trump. From then you get to Hannity — and that isn’t journalism. I’m just not interested in listening to diatribes.”

So, with Murdoch about to turn 88 in March, a changing of the guard is most certainly under way. For people hopeful that the Murdoch sons would dial back the Fox News propaganda machine, don’t hold your breath.

It’s clear that 47-year-old son Lachlan is in line to be the CEO of the newly slimmed-down Fox empire.

“There was a gap on the center-right in the media,” Lachlan told Business Insider’s  Henry Blodget. “Fox News serves that audience.”

It’s no wonder he defends it. Fox News is the most watched cable news channel in the U.S., with nearly 2.4 million viewers on average during prime time.

Lachlan is known to be a climate-change denier, but his politics aren’t that simple. He also signed a letter with his brother James criticizing Trump’s ban on immigrants from Muslim countries. According to The Guardian, he's "said to be even more conservative than his father.”

So will Fox change under Lachlan? Will it become more moderate? It seems like the answer to that is no.