Just Do It, Or Not Do It: That Is The Question This Decision Tree Answers 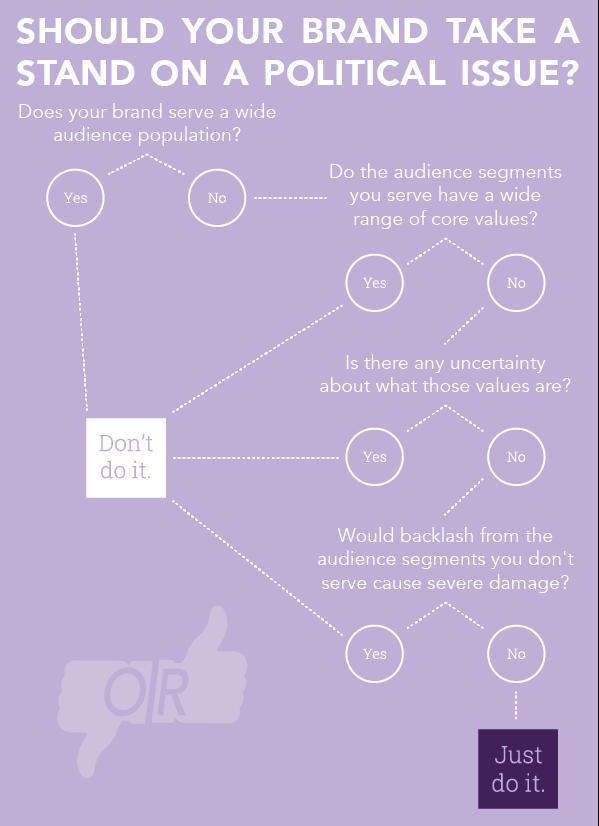 I’ve covered political media and marketing for nearly 40 years. But I feel like I’ve written more about the consequences for brands in the past year-and-a-half than I have during the preceding decades.

In the current politically-charged culture, there is more risk-and-reward for brands than ever before, and nothing underscores it better than the recent pro/con debate surrounding Nike’s Colin Kaepernick-inspired “Just Do It” campaign.

While it worked for Nike, what’s the guidepost for other consumer brands? Now, thanks to 4C Insights, there’s a simple decision tree.

The yes/no flowchart depicted above may seem overly simplistic to some, but it’s a good first cut for brands contemplating the upside and downside of getting out in front of a political issue, candidate or position.

Either way, it’s not for the faint of heart.