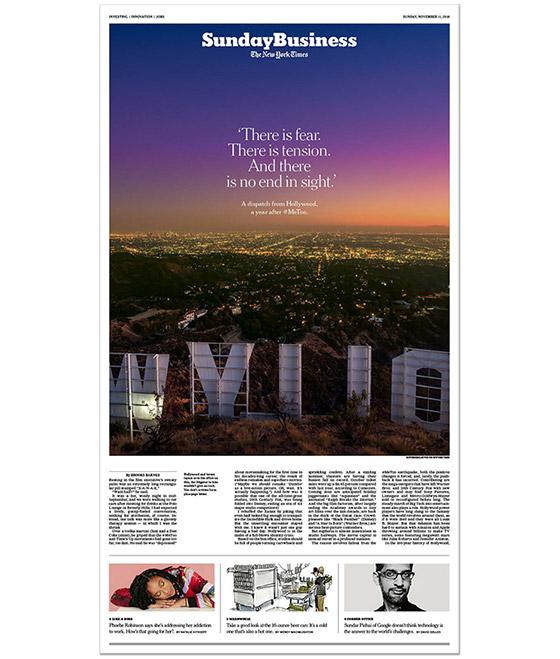 The New York Times has redesigned its business sections in print and digital.

The changes were announced at The Times’ NewFront presentation in April. The "Business Day" name was created in the 1970s.

The Sunday Business section's new franchises include With Interest, a weekly Sunday newsletter highlighting news on technology, companies and markets. It will also run in the print version of Sunday Business.

“Like A Boss” is a new, biweekly interview series in the form of a workweek diary from a rising talent in a creative field, according to The Times.

It will alternate with “Corner Office,” the interview series with CEOs, that now gets a full page treatment.

“Meanwhile,” a new illustrated feature by graphic journalist Wendy McNaughton, focuses on “overlooked objects, unknown individuals and secret trends in the economy," according to The Times.

A new column called ”Work Friend” will offer practical advice about the office, money, careers and work-life balance. The column's author will change every quarter; right now it is Choire Sicha, The Times’ Styles editor.

Sunday Business will also pick up relevant coverage from other Times desks, such as  its service journalism section Smarter Living and data-focused analysis on politics and policy from The Upshot.