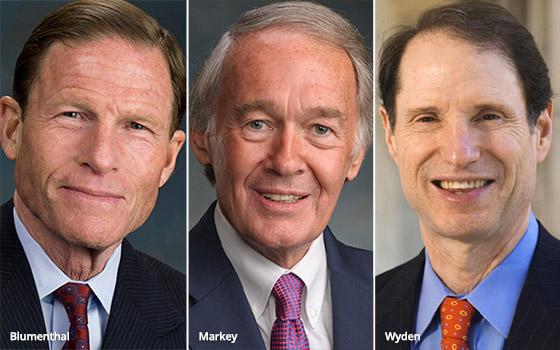 Lawmakers want answers from the major U.S. wireless carriers about their traffic management practices, including whether they slow down streaming video.

“All online traffic should be treated equally, and internet service providers should not discriminate against particular content or applications for competitive advantage purposes or otherwise,” Senators Edward Markey (D-Mass.), Richard Blumenthal (D-Conn.), and Ron Wyden (D-Ore.) said today in a letter sent to AT&T, Verizon, Sprint, and T-Mobile.

The Senators are asking the companies a host of questions about their broadband practices, including when they started prioritizing traffic, why they do so, and whether the throttling policies vary based on customers' service plans. The lawmakers are also asking whether the carriers inform customers about throttling, and whether customers can opt in or opt out of the practice.

The letter comes one week after researchers at Northeastern University, University of Massachusetts-Amherst and Stony Brook University reported that net neutrality violations were “rampant,” and that all of the major carriers throttled at least one online video provider. The researchers also found that Sprint throttled Skype traffic; Sprint denies doing so.

The throttled speeds varied based on factors including subscribers' plans, the report says. In many cases, the throttled connections were 1.4 Mbps -- which is around the minimum needed to stream standard definition video, but too slow for high definition.

The lawmakers say in their letter that throttling mobile video and Skype “would violate the principles of net neutrality and unfairly treat consumers who are unaware that their carriers are selecting which services receive faster or slower treatment.”

Until this June, the Obama-era net neutrality rules prohibited carriers from blocking or throttling traffic -- but had an exception that allowed carriers to engage in reasonable network management practices. When those rules were in place, the FCC specifically approved of T-Mobile's BingeOn program, which involves throttling video to 1.5 Mbps.

The FCC revoked those prior rules this summer, replacing them with a mandate that carriers disclose their traffic management practices.

The lawmakers are requesting answers from the carriers by December 6.