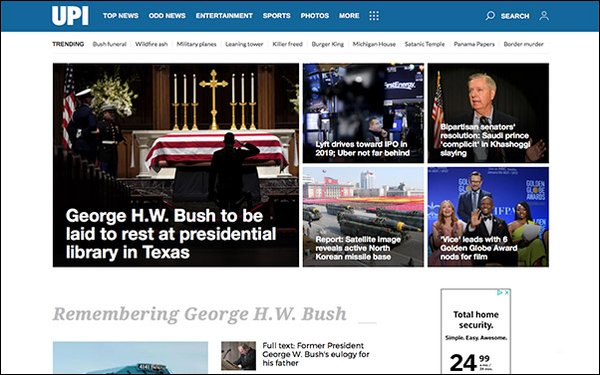 UPI has been around for over a century — founded in 1907 as the United Press news agency. It has high brand recognition among the 45-to-54+ demographic, but it wanted to attract younger consumers.

The strategy worked. Firstly Mobile, a content discovery platform distributed through wireless carriers and smartphone OEMs, allowed UPI to see dramatic changes to its engagement, including an average increase of 30 seconds in time on site, an 86% increase in click-through rate, a 26% decrease in bounce rate and double the mobile CPMs.

Firstly Mobile works by using a consumer’s phone to deliver content as they transition between mobile activities, like opening a new browser or swiping to find recent apps, driving numbers via mobile-based content but not tied to social or web-based traffic.

According to Franco Fernandez, director of digital business, UPI, digital traffic among users 25 to 44 has skyrocketed since the companies began working together.

“It’s safe to say more news consumers are familiar with the UPI brand than two years ago,” he told Publishers Daily.

The partnership has also led to deepened revenue. By doubling its mobile inventory, UPI has been able to partner with new demand partners that were previously unavailable because of the company’s low impression threshold.

According to Fernandez, UPI’s traffic is split evenly between direct, search and referral traffic. “Unlike many digital news organizations, we've avoided buying traffic through social media and focused more on building and maintaining sustainable sources of organic traffic,” he said.

Through Firstly Mobile, UPI has been able to deliver its headlines to 4 million users daily. And while UPI’s licensing business has remained strong and it has continued to see growth in its B2C operation, the partnership with Firstly Mobile has allowed UPI to exceed its traffic goals for the year.

Moving forward, UPI will continue to work with Firstly Mobile to review analytics and identify content verticals audience engage with most.