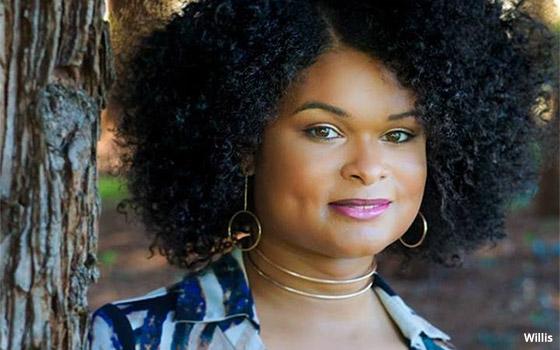 Out just made history of its own.

Raquel Willis is the new executive editor, reportedly the first transgender woman to take a top role at the publication.

In the early days of Willis’ career, she was a news reporter at The Walton Tribune in her home state of Georgia, as well as digital publisher for HowStuffWorks. (“There was little that excited me about that particular job,” Wi llis noted in her blog post about her new position at Out, a magazine focused on LGBTQ fashion, lifestyle and entertainment.)

Willis is also an activist, and was a speaker, writer and organizer around the Black Lives Matter movement. She has also addressed police brutality, racial profiling and rights for queer and trans people of color.

On Monday, Willis wrote on Twitter: “I'm so glad to be working with @pfpicardi and this new brilliant crew. I'm still processing, but I'm so excited to continue elevating the voices of my community.”

Willis joins a diverse staff at Out, brought together by new editor-in-chief Phillip Picardi. Picardi was previously Chief Content Officer at Teen Vogue until this fall.

Picardi has brought in new hires at Out, such as Michelle Garcia, previously Vox senior editor for race and identities, as managing editor. Fran Tirado is deputy editor, Sean Santiago is art director and Ira Madison III is a columnist.

In June, Coyle told Publishers Daily he wants the company to connect deeper with millennials and Gen Z LGBTQ audiences.