In 2 Years, 'The Magnolia Journal' Records Audience Of 5.5 Million 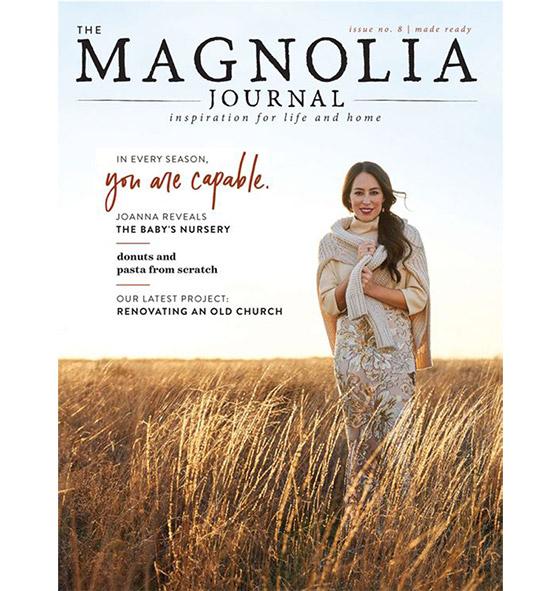 The Magnolia Journal, the print-exclusive publication launched by Joanna and Chip Gaines as an extension of their Magnolia brand, reports its audience has grown to 5,585,000 in just two years.

Further insight shows the publication’s audience has an adult median household income of $110,867, landing it in 13thplace of all titles measured in a fall 2018 study from GfK MRI. Its audience also skews heavily female, at 4,780,000.

The report is the first time the publication has been measured by MRI’s biannual study.

When The Magnolia Journal launched in fall 2016, it had a limited newsstand-only run of 400,000 copies, but its popularity was immediate.

By the fall and winter issues of 2017, the rate base was increased to 800,000. Since then, the magazine has held a rate base of 1.2 million, though Josephson said the publication is actually closer to 1.3 million.

The Magnolia Journal also has a limited advertising inventory, accepting only 25 ads per issue.

Josephson, who took over as publisher of the brand last year, has brought on new business from a slew of brands, including Café Appliances, Clinique, Dodge, Garnier, Google Nest, Heinz, Hillshire Farms, Maybelline, Neutrogena, Prudential and Target.

“The Magnolia Journal won business from these brands based on the power and influence of Chip and Joanna Gaines and the strong editorial content of the magazine,” Josephson said.

The Magnolia Journal is available via a yearly subscription and retails on newsstands for $7.99.
brand marketing, lifestyle, magazines
Next story loading