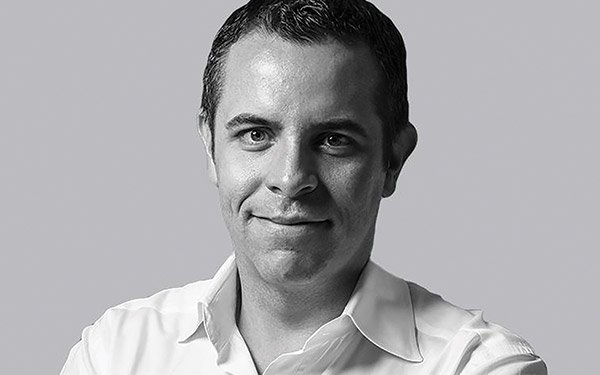 A primary source of inspiration back then was his grandfather’s supermarket, where Bailey helped create hand-painted signs used to draw attention to merchandise, prices and sales.

“That was kind of the start of it,” Bailey recalls, noting that back in those days he also liked to pore over magazines — first and foremost for the ads they contained.

That was three-plus decades ago. By the time he reached college, Bailey had focused on learning about the account and business sides of the industry.

While many young kids dream of being astronauts, big league ball players or firefighters, Andrew Bailey, North American CEO, The&Partnership, knew at a very young age — around the time he was eight — that he wanted to be in the advertising business.

He made it to the big leagues of advertising quickly, starting his professional career at Leo Burnett Canada, followed by stints at Deepend and FCB.

Sandwiched in between those early assignments, Bailey displayed his entrepreneurial skills, co-founding and serving as CEO of an agency called Fondu Inc.

In 2005, still in his late 20s, he joined Proximity, the digital arm of BBDO. Six years later, he was named chairman of Proximity North America.

Bailey gets much of the credit for spearheading the agency’s buildout in the region, literally and figuratively putting it on the map.

In 2013 Bailey embarked on a new adventure, joining The&Partnership, one of a number of relatively new holding companies determined to succeed with nontraditional operating models.

The&Partnership’s model is gaining significant traction. The company reports doubling global revenues in the last year to nearly $600 million. Bailey and his growing North American team (401and counting) are credited with driving much of the growth. (The firm also has operations across Europe and Asia).

The holding company’s model is differentiated in several ways including a single P&L across 10 disciplines: creative, media, data, analytics, CRM, social, design, delivery, innovation and PR. There are no separate financial fiefdoms, so collaborating to drive client growth is baked into the model without having to be forced.

But there are other differentiators as well, notes Bailey, including a media partnership with GroupM called m/Six. Clients can get a full-service media offering backed by the resources of GroupM, or some variation based on their particular needs without necessarily retaining m/Six as media AOR. Clients get the best of both worlds, says Bailey: “a fast, nimble entrepreneurial offering with the strength of WPP.”

The&Partnership is also designed with a flexibility that meshes well with in-house agency and marketing teams. In fact, for many clients the agency provides a blended offering that embeds agency teams on site at the client.

Bailey estimates that 70% of the firm’s resources are deployed “on the ground” at clients. That shift from the traditional model is “powerful,” he says, enabling greater access to client operations and data, the chance to experiment, faster decision-making, and generally improved effectiveness.

Bailey is anticipating a productive 2019, when he’ll continue to focus on growth and further advance the agency’s creative products. And with a robust new business pipeline, he adds, there are “exciting opportunities” that lay ahead.